Minjee Lee leads after round one in England 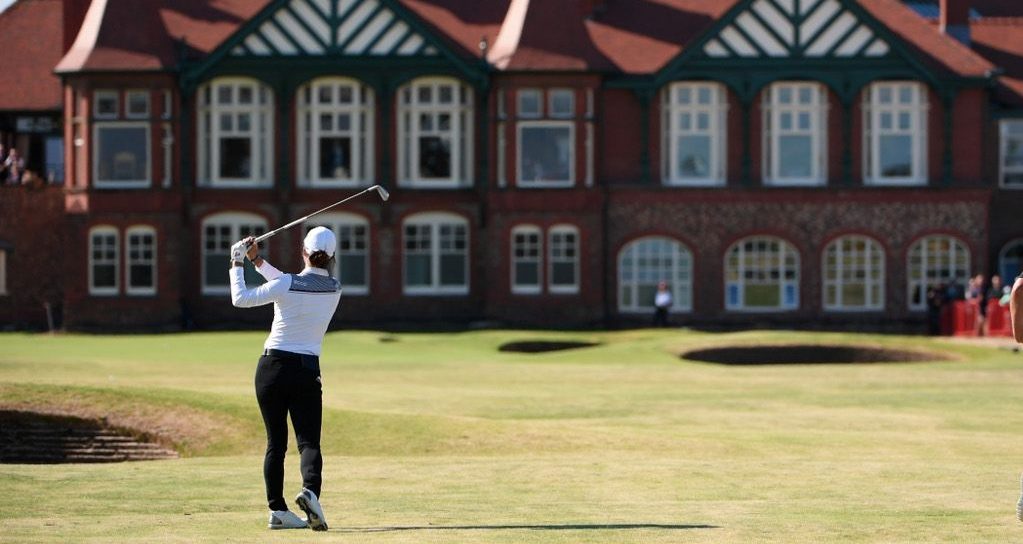 Minjee Lee has a one stroke lead after the opening round of the Women’s British Open on Thursday.

The Australian was superb on the links of Royal Lytham and St Annes, signing for a seven under 65 to earn a one shot over Japanese star Mamiko Higa while a host of players trail on five under.

Lee made the turn in on three under and continued to take advantage of the benign afternoon conditions, while those in the morning struggled in the rain.  A hot putter saw her sink another birdie on the 13th then drain a long range effort for an eagle on the 15th. Lee followed that up with another gain and lead by two, but a bogey on the 17th cut the lead in half.

“I think everybody’s going to be happy with like a 20-footer on every hole if they could have it,” the 22-year-old said after her round.

“I managed to hole a couple of long putts, so that really helped me with my round today. If you play it [links golf] every single week, I think it would be pretty draining. It’s a treat when we do get to play them.”

Among the chasing pack on five under for the day is two-time major winner Sung Hyun Park and rookie Georgia Hall, who was flawless in her round of 67.

“I love coming back here and I have a lot of confidence from last year,” said Hall, who finished T3 at last year’s Women’s British Open.

“This golf course is really, really tough and to play the round bogey-free, I’m actually really happy.”

Former world number one Lydia Ko sits in T8 on four under, while nine players, including world number four So Yeon Ryu and Thai star Moriya Jutanugarn are tied for eleventh on three under.