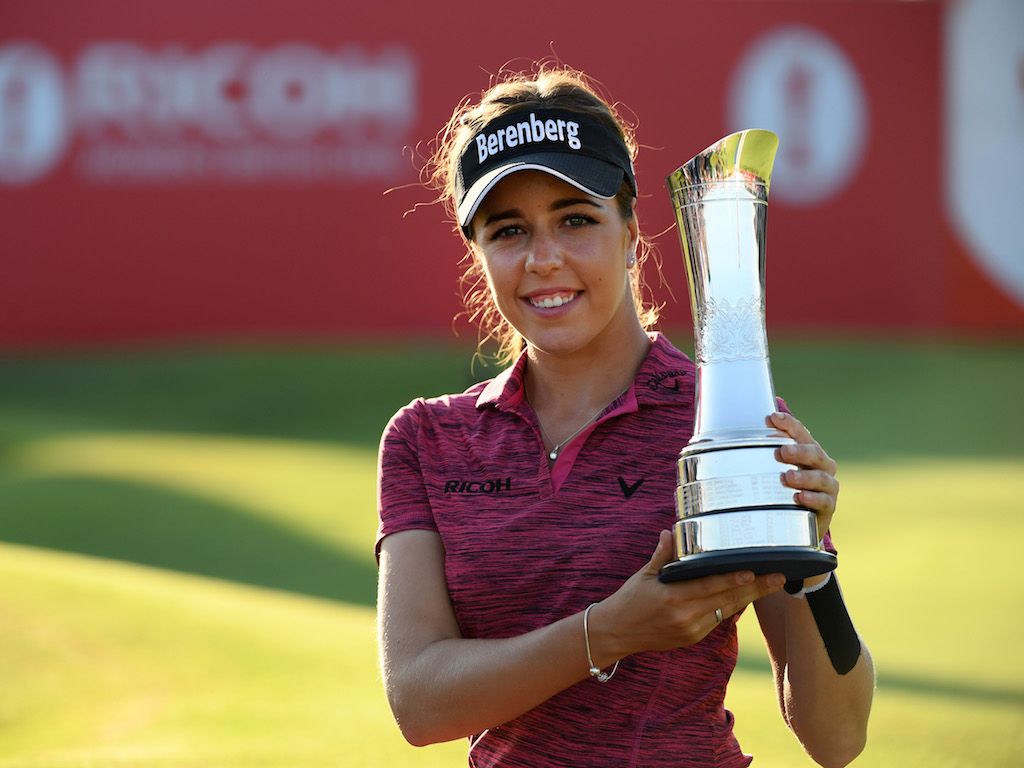 Georgia Hall came from behind to lift the British Open at Royal Lytham & St Annes on Sunday, her first major title.

Phatlum began the day with a one-shot lead and doubled her overnight advantage with four birdies in her opening six holes, as Hall stayed in touch with a front-nine 32.

Three birdies in a four-hole stretch from the 13th saw Hall grab the lead for the first time.

Under immense pressure to produce something special, a double-bogey from Phatlum at the 17th gave Hall a three-shot cushion heading to the last.

Hall found the 18th green in two and three-putted for her only bogey of the day, becoming just the third British winner since the event became a major.

What a day, what a week!

“It’s too good to be true really,” Hall said after.

“I don’t think it’s all sunk in for me. It was my goal when I was nine years old on the putting green: ‘This six-footer’s for the British Open’ and to actually have that – and luckily it was just a tap-in – I’m over the moon. I’m so happy.

“I promised myself not to get ahead of myself and feel any emotions, which is sometimes hard because I wanted to take it all in. I was staying very calm and patient and it was very close up to the last two holes and I was just trying to hole the putts.

“So many people were behind me and supporting me. It was so nice to play in England in front of a home crowd.

“Last year was a learning curve for me and I got so much experience in the British Open and the Solheim Cup, and I learnt that I can play and compete against the best in the world. I was so confident coming into this event after last year.”