Who will emerge as the World No 1 in Austin on Sunday? 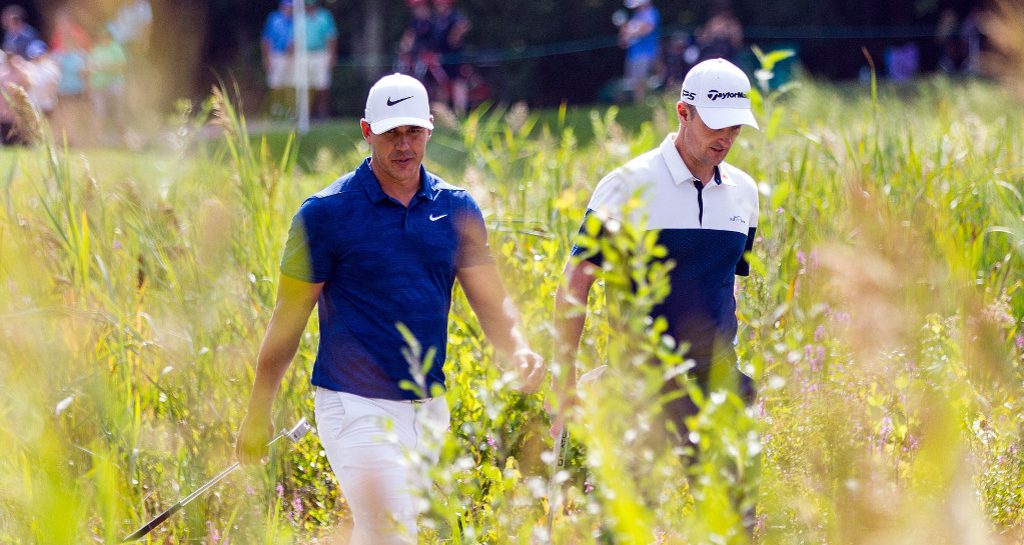 As many as five different players could end up as the top-ranked player in the world at the conclusion of the WGC-Dell Technologies Match Play on Sunday.

Dustin Johnson is the current World No 1 after storming to victory at last month’s WGC-Mexico Championship, but it’s so tight at the top these days that he has no assurances of holding onto it this weekend.

Johnson is only 0.36 points clear of Justin Rose at the moment, while Brooks Koepka, Rory McIlroy and Justin Thomas are all in with a chance of returning to the top spot as well.

Having started the year as the top-ranked player, World No 3 Koepka can reclaim that berth with a win at Austin Country Club, providing he does not face Rose in the final or Johnson has not reached the last four.

McIlroy also needs to win and would need Dustin Johnson to miss out on a semi-final spot and hope Justin Rose doesn’t finish second or third.

Should he pull it off, it would see him reclaim the world No 1 spot for an eighth time and first since 2015

Thomas also needs a victory but will face far more variables that could prevent him from doing so.

The 25-year-old would need Johnson to be eliminated in the group stage and Rose not to get beyond the quarter-finals to become the fourth different world No 1 of the year.