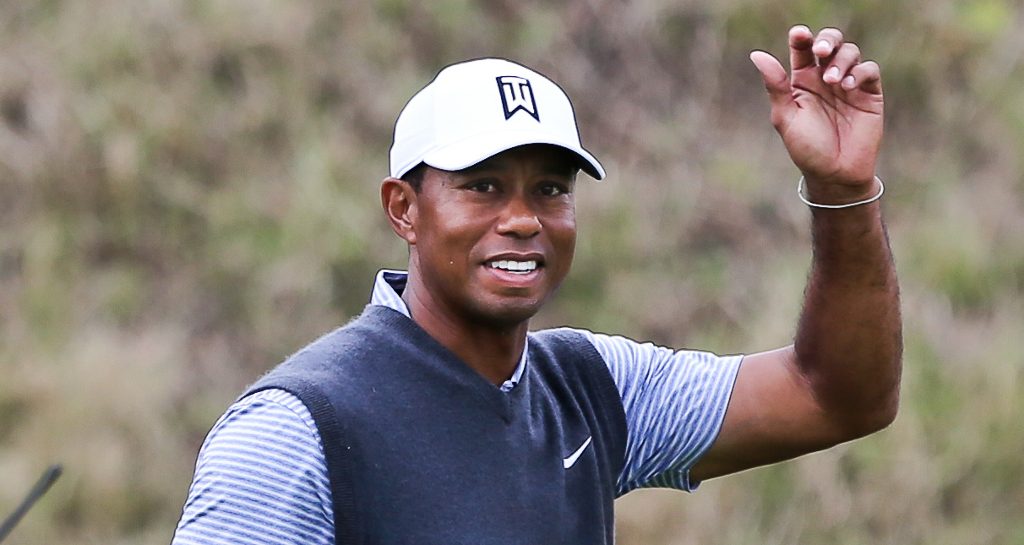 Tiger Woods won his must-win game at the WGC-Match Play Championship on Saturday to set up a last-16 clash with Rory McIlroy.

Friday was the third and final day of the round-robin format at Austin Country Club, and saw the 64-man field whittled down to 16 competitors who will vie for the title over the weekend.

After his loss to Brandt Snedeker the day before, Woods was left needing to beat Patrick Cantlay on Friday in order to advance, and he did so in fine style courtesy of a 4&2 result. Snedeker also did his bit by losing to Aaron Wise. Had he won, Woods still would have been knocked out.

The highlight of Woods’ round came at the par-4 13th where he chipped in for eagle from 82 yards.

Tiger was 1-down walking off the 10th green Friday.

Woods’ victory set up a last-16 showdown with none other than McIlroy, who also booked his spot in the knockout stages with a 4&2 win over countryman Matthew Fitzpatrick.

“It’s exciting for the tournament. I’m sure it’s going to be exciting for us,” McIlroy said. “I feel good about my game. I’m going to stick with my game plan and not look at him until I have to near the end.”

“I’ll be ready,” added Woods, who was 2-down against Cantlay in the early stages before taking control of the contest on the back nine.

On his eagle at 13, he added: “I was just trying to get it up close and next thing you know it falls in. I’ll take it.”

Elsewhere, second seed Justin Rose also advanced after edging 22nd seed Gary Woodland 1-up. He will take on 57th seed Kevin Na, the lowest seed in the last 16, for a place in the last eight.

Sweden’s Henrik Stenson never trailed against Jim Furyk as he set up a clash with Danish 50th seed Lucas Bjerregaard.

Johnson came unstuck against 24th seed Hideki Matsuyama, which enabled Branden Grace to advance from that group, while Koepka was beaten by Alen Noren, effectively sending Haotong Li through.

Thomas halved his match with Keegan Bradley, which allowed Lucas Bjerregaard to advance thanks to his win over Matt Wallace.

Here’s a full rundown of Saturday’s Round of 16 matches: