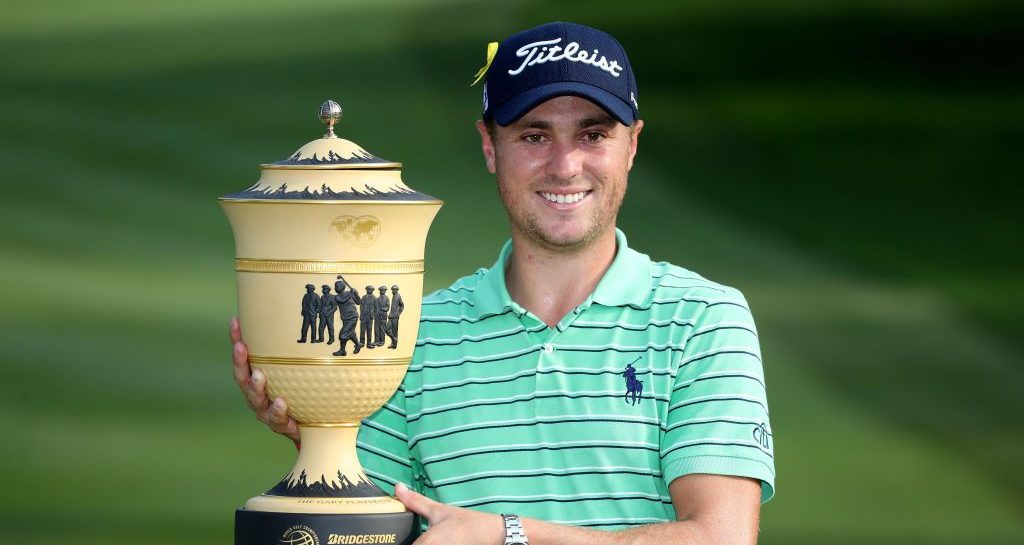 Justin Thomas gave himself a big confidence boost ahead of the defence of his US PGA Championship crown next week with a comfortable four-shot victory at the WGC-Bridgestone Invitational in Ohio.

Leading by three shots from Rory McIlroy and Ian Poulter overnight, Thomas was never in trouble as he shot a one-under round of 69 to finish 15-under par while his challengers drifted away.

McIlroy struggled with a three-over 73 that included three straight bogeys starting on the eighth hole to end up in tied for sixth place, while Poulter fared even worse, shooting a 74 to finish in a group of four in 10th spot.

“It feels awesome,” said Thomas. “I did not hit the ball as well today but we had so much control and I had a very clean card at the end.

“It is the first time I have cried after winning a tournament. It was pretty cool to have my grandma and grandad watching me.”

Kyle Stanley finished second on 11 under after a 68.

Denmark’s Thorbjorn Olesen and world number one Dustin Johnson ended up tied for third on 10 under after they both recorded 64s.