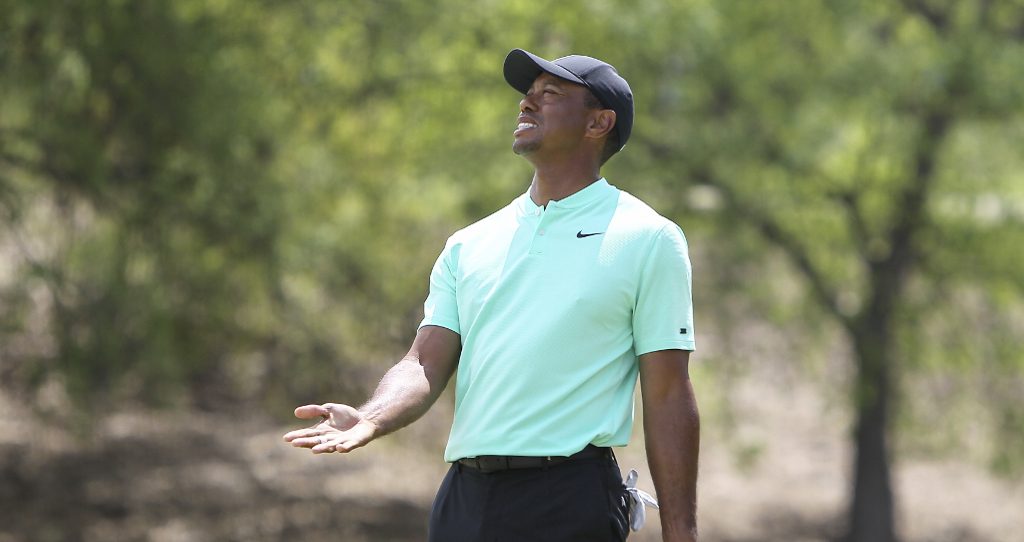 Rory McIlroy is on the verge of qualifying for the last-16 at the WGC-Match Play Championship after defeating Justin Harding on Friday, while a defeat left Tiger Woods needing other results to go his way.

Thursday was the second day of a three-day round-robin format at Austin Country Club. At the end of the three rounds, the 64-man field will be whittled down to 16 competitors who will vie for the title over the weekend.

Fresh from his Players Championship victory a fortnight ago, McIlroy secured his second straight win with a 3&2 victory over 47th-seeded Justin Harding of South Africa.

Eagles at the par-5 12th and 16th and a birdie at the par-4 15th ultimately turned the match McIlroy’s way, after things were pretty tight over the first 11 holes.

“When I sense a little bit of blood I’m taking my opportunities. Whenever I have to step up and hit a shot on top of a guy I’ve been able to do that really well.”

McIlroy needs only a draw with English 32nd seed Matthew Fitzpatrick on Friday to advance.

Less fortunate was Tiger Woods, who was always behind as he lost 2&1 to 44th seed Brandt Snedeker.

Woods made an absolutely sensational recovery from under a bush on the 10th hole using a left-handed stance while crouching down on his knees, but it wasn’t enough in the end.

He must now beat Patrick Cantlay on Friday and hope Aaron Wise defeat or draws with Snedeker to have any chance of reaching the last 16.

“We both made a couple of mistakes out there but he made a few less mistakes than I did,” Woods said. “All I can do is hopefully get a point tomorrow and see if that’s good enough.”

Snedeker was magnanimous in victory, saying: “My own kids were probably rooting for him”.

Elsewhere, second seed Justin Rose staged an impressive comeback to win three of the final four holes and earn a half with countryman Eddie Pepperell, who had been leading 3-up.

“My goal was to birdie out,” Rose said of the final four holes. “You set your intention and forget the rest and that’s what happened.”

Meanwhile, Jason Day, Bubba Watson and Phil Mickelson were all knocked out on Thursday. Watson was eliminated following a 2&1 loss to fellow American Billy Horschel, while 12th seed Day was ousted after falling 4&3 to Sweden’s Henrik Stenson.

Phil Mickelson came unstuck against a resurgent Jim Furyk, who claimed a narrow 1-up victory send the American packing.

Furyk and Stenson will now square off on Friday to decide who goes through to the last 16 from their group.

“It’s going to be a tough one,” Stenson said. “I have to play solid tomorrow if I want to advance.”