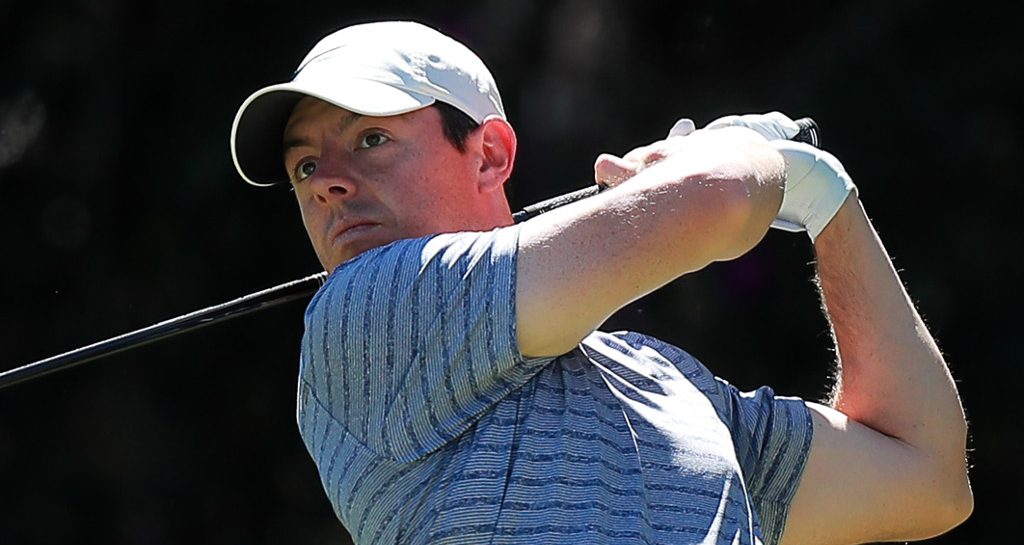 There was a welcome return to form for Rory McIlroy at the WGC-Mexico Championship on Thursday as he grabbed the first-round lead courtesy of a sparkling 63.

McIlroy combined accurate iron-play with some superb form on the greens to fire seven birdies and eagle and drop just one shot in his eight-under-par round.

How does @McIlroyRory play this 305-yard par 4?

"Just hit it at the left bunkers and try to cut a 2-iron into the hole." 😏#MustSeeMoments pic.twitter.com/w0omEIVgxk

That was good enough for a one-stroke lead over a star-studded leaderboard that features nine of the top 10 players in the world.

“It felt pretty stress-free,” said McIlroy afterwards. “I wouldn’t say it was easy, but I hit a lot of good golf shots, I left myself a lot of tap-ins for birdies and had a nice eagle on the first hole as well.

“I think for the most part my wedge play was pretty good. I was able to control my distance as well, control trajectories well, but my putting felt great all year, so if I’m excited about anything in my game, it’s the way I’ve putted the last few weeks.

“Also just my attitude. I’m not putting myself under any pressure, I’ve sort of got things in a really nice perspective. I think that’s probably 80 per cent of the reason why I’m playing this good golf over the first few weeks of the year.

“I saw some really good signs last year. I played myself into final groups and had some good chances to win and I think this year is just building upon the good stuff that I was able to do last year.”

World No 3 Dustin Johnson grabbed solo second place after an opening 64, while No 4 Justin Thomas shared third place a further two shots back with Matt Kuchar.

Easiest par I made all day… 😂 good start today here in Mexico! Time to keep the gas pedal down 👊🏽 https://t.co/6uw8HaIkaQ

Englishman Tyrrell Hatton and South African George Coetzee follow a shot further back in a tie for fifth, while Ian Poulter was among those tied for seventh on three under.

Tiger Woods got off to the worst possible start when he hit his opening tee-shot out-of-bounds and ultimately had to dig deep to salvage a level-par 71.

Tiger’s opening tee shot(s) did not live up to his first-tee introduction. pic.twitter.com/BkZCgvOnLk

That was positively impressive compared to fellow veteran and defending champion Phil Mickelson, however, who appeared to be feeling the effects of playing four weeks in a row as he slumped to a disastrous 79 and second-to-last place on the leaderboard.