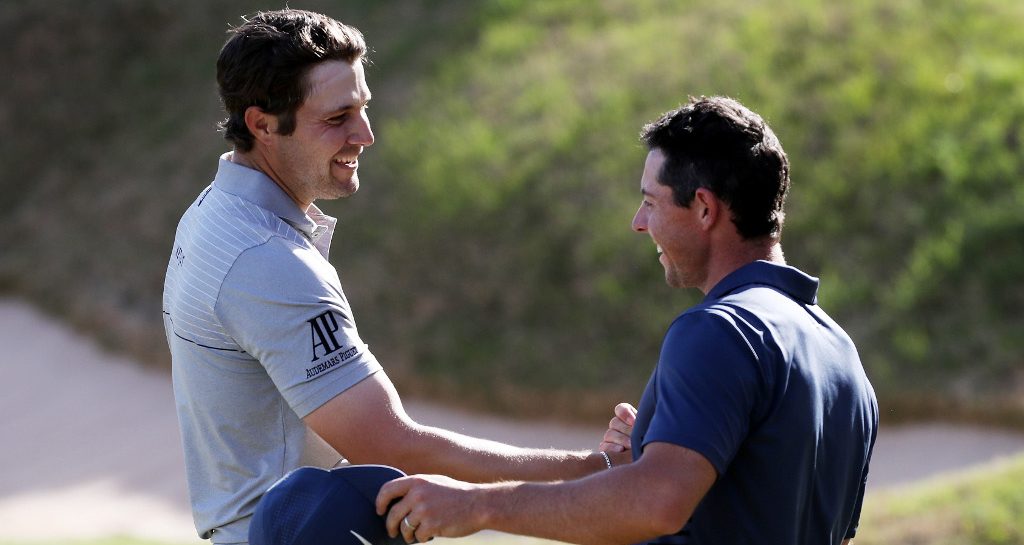 The 28-year-old Northern Irishman, who claimed his first title in 18 months at the Arnold Palmer Invitational last week, went down 2&1 to America’s Peter Uihlein in his opening Group 6 game.

The defeats mean the two face a struggle to qualify for the last 16.

McIlroy will need to beat both Jhonattan Vegas on Thursday and Brian Harman on Friday while hoping other scores go his way, while Johnson will also need two wins from his remaining matches.

Following his defeat, McIlroy said: “I didn’t really necessarily play badly,” McIlroy said. “He played pretty well. He was a few under through nine and he didn’t make a bogey all day. So it was hard to claw my way back.

“It was gusty out there; the conditions were a little tricky. I made a run at him at the end but it was a little too late.”

Weisberger, a European Ryder Cup hopeful, was obviously happy with his win over the world number one.

“I still didn’t play great but somehow managed to get it done and I’m just happy with that,” said Wiesberger. “I thought it was the easiest game I could have; I’m the underdog playing with the defending champion.”

In other action, world number two Justin Thomas avoided an embarrassing loss to Luke List, who was forced to putt with a wedge after bending his putter in frustration early on.

Thomas eventually took the match 2 up.

“I was walking off the sixth green and I was a little unhappy about the way I was feeling, a little under the weather,” List said.

“I thought it was a brush area and I just kind of swiped my putter and it turned out to be a wall. Stupid on my part.”