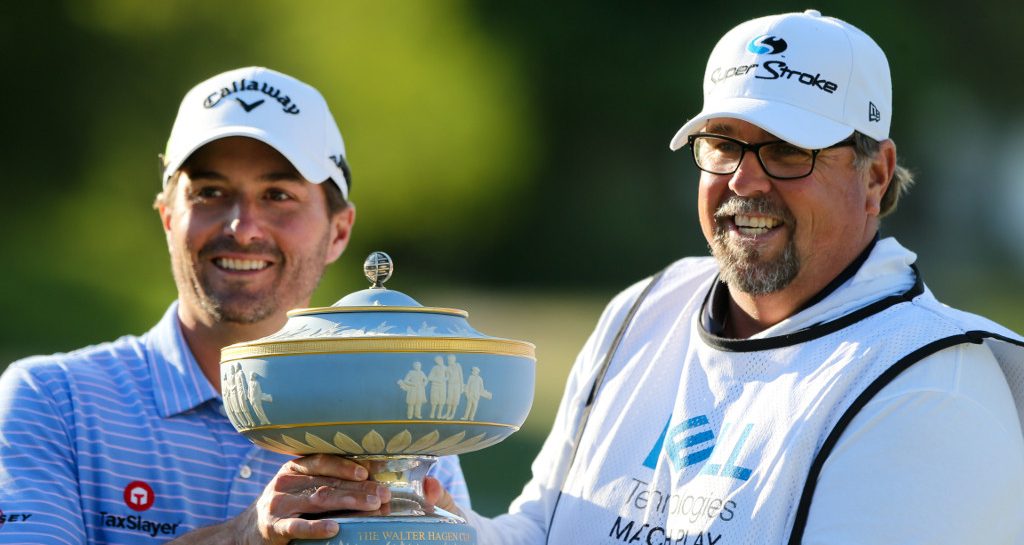 Kevin Kisner came through five gruelling days of competition to beat Matt Kuchar in the final and lift the trophy at the WGC-Match Play Championship.

The American, who was only seeded 48th at Austin Country Club this year, started the cold and windy final day by defeating reigning Open champion Francesco Molinari on the 18th hole of their semi-final match-up, before returning in the afternoon to see off Kuchar 3&2 in the final.

Earlier, Kuchar had beaten Tiger-slayer Lucas Bjerregaard 1-up to play his way into the decider, but he couldn’t quite past last year’s Match Play runner-up.

Kisner not only captured the trophy, but bagged a cool $1.745 million for his troubles.

“It was grueling and the winds were tough,” Kisner said. “It was a hard week but I prevailed and I’m world golf champion.”

Kisner, who narrowly lost out on the title to Bubba Watson last year, became the lowest-seeded winner since Australian Geoff Ogilvy in 2006 at 48.

“I learned not to get too amped up for that final,” he said.

Playing for more than a trophy. ❤️@K_Kisner and his caddie honored a close friend who passed away this week with their win @DellMatchPlay.

"We had a little guardian angel watching over us for sure this week."#LiveUnderPar pic.twitter.com/Tw2uN9uJEq

Had 40-year-old Kuchar won, he would have become the oldest champion in tournament history and the first player to win three titles in a PGA season since Steve Stricker in 2009.

It was a close contest between the two in the final, but Kisner always seemed to have his nose in front.

He sank an 11-footer at the first to go 1-up, but then lost the par-4 fifth with his first bogey of the day.

He immediately restored his advantage with victory at the sixth, however, and a three-putt from Kuchar at the seventh saw Kisner go 2-up.

Kuchar then won the ninth after Kisner missed a five-footer for par, but found himself 2-down again when he found water off the tee at the par-3 11th.

Kuchar missed a 12-foot par putt at the 15th to hand Kisner a 3-up lead and the match came to an end on the 16th green when Kisner rolled in a 20-foot birdie put to give himself an unassailable 3-up lead with two to play.

Making moves. 🚚@K_Kisner jumps from 73rd ➡️ 13th in the #FedExCup with his win @DellMatchPlay. pic.twitter.com/o1aAqAiSBg

In the third-place match, Molinari defeated Bjerregaard 4&2, which unfortunately robbed the Dane of a special temporary US PGA membership.