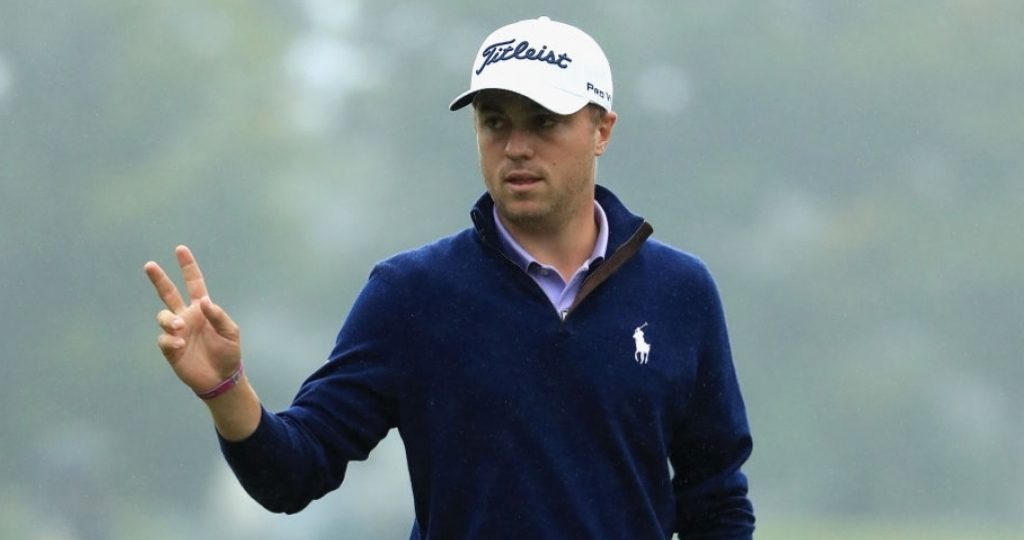 Justin Thomas will be trying to put a disastrous Sunday behind him when he tees off in Mexico on Thursday.

The world number four let slip a four stroke lead on the final day a weather-affected Genesis Open, losing out to J.B Holmes after a closing 75. Granted it was grueling to say the least, as Thomas played 34 holes in 45kph gusts on the final day at Riviera.

“Last week was one of the most bizarre weeks I’ve been a part of,” the 25-year-old told pgatour.com.

This chip shot was too easy for @JustinThomas34, @TonyFinauGolf, @BrandtSnedeker and Jonas Blixt, so we blindfolded them to up the ante.

“It will bother me the rest of my life, 100 percent it will,” Thomas continued.

“There are tournaments I didn’t win my rookie year that still bother me and that was a lot worse than that, so I’m sure that will bother me. But in terms of being over it, it’s done with.”

Thomas is part of a superstar field at this week’s WGC-Mexico Championship, where he will hope to right the wrongs of Sunday.