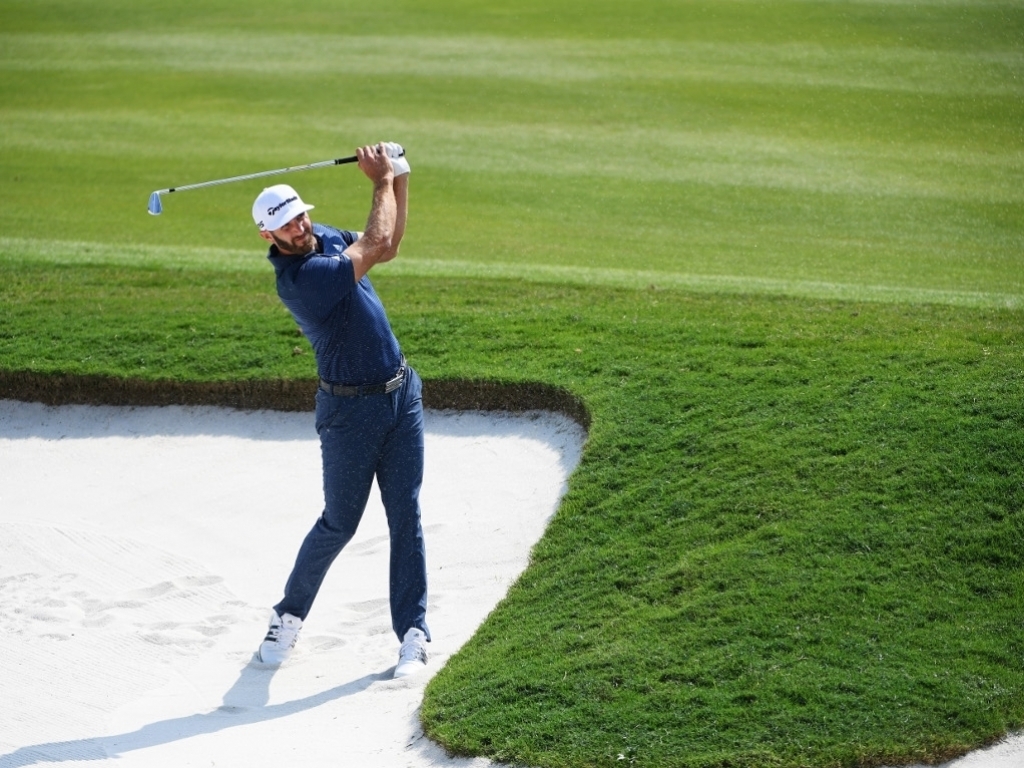 World number one Dustin Johnson has a commanding six stroke lead as heads into the final round of the WGC-HSBC Champions on Sunday.

The American carded a four under 68 around Sheshan Golf Club, moving him to 17 under for the tournament, six strokes ahead of fellow countryman Brooks Koepka who is alone in second.

Johnson is on the cusp of becoming the first player to win three WGC titles in the same year after winning the WGC -Mexico Championship and the following Match Play tournament earlier this year.

The 2016 US Open winner got stuck in the bushes on the tenth for a double bogey, but bounced back with three more birdies coming home.

"I'm not going to change anything," said the 33-year-old.

"I feel like I've got a good game-plan for the golf course. I'm going to play it just like I did today.

"I think the wind is going to be out of the same direction. Might be blowing a little bit harder.

"But as far as tee-shots and approaches to the green, I'm going to try to do exactly what I did today."

Meanwhile, Koepka met disaster on the par five eighth where he would card a triple bogey after losing his ball in the trees, finding even more trees with his fourth and two-putting for an eight.

Further down the leaderboard, Henrik Stenson moved into solo third on ten under with a solid three under 69 while Brian Harman and Justin Rose Share fourth on nine under.