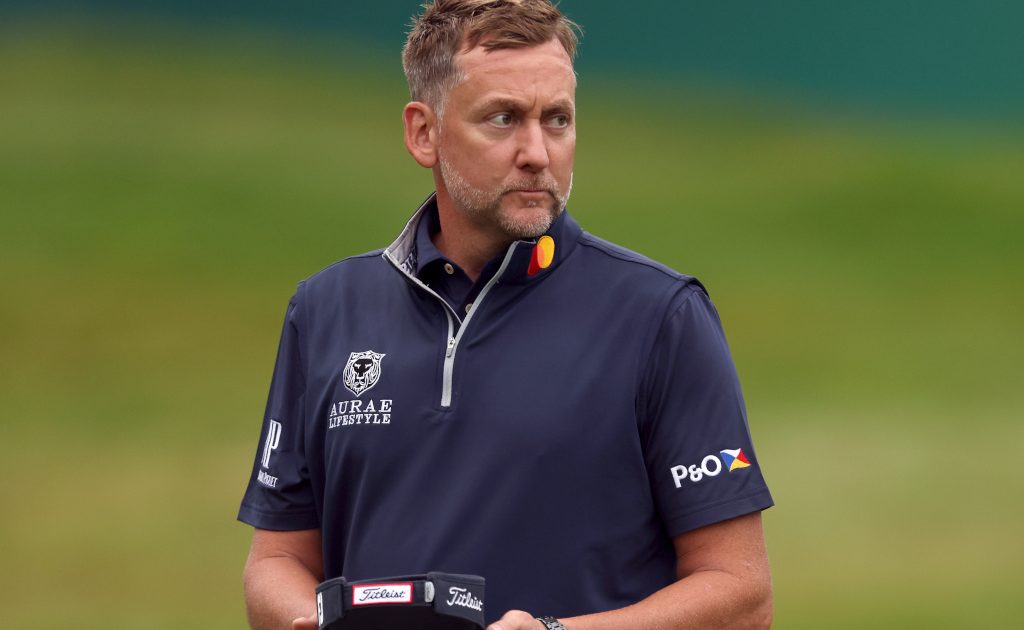 Ian Poulter’s hopes of qualifying for the Masters suffered a potentially fatal blow as he lost his opening group game in the WGC-Dell Technologies Match Play.

Poulter needs to reach at least the quarter-finals to climb into the world’s top 50 on Monday and avoid missing out on a trip to Augusta National for just the third time since making his debut in 2004.

However, the Ryder Cup star’s fate is now out of his hands after he lost 2 and 1 to world number five Scottie Scheffler at Austin Country Club.

Even if Poulter wins his remaining two games against fellow Englishmen Tommy Fleetwood and Matt Fitzpatrick, Scheffler would advance to the knockout stages by beating the same two players.

Fitzpatrick edged out Fleetwood on the 18th on Wednesday but Lee Westwood lost 3 and 2 to Talor Gooch while Richard Bland halved his eagerly-anticipated match with Bryson DeChambeau.

DeChambeau’s return to action after a six-week injury lay-off began in eventful fashion as his wayward opening drive finished up inside a first-aid tent and the former US Open champion also shanked his second shot on the next.

However, Bland – making his tournament debut at the age of 49 – was unable to take advantage of DeChambeau’s struggles and never led at any stage of a scrappy contest which saw the last eight holes halved, only one of them with matching birdies.

“Bryson was probably a bit rusty and it was never going to be pretty golf,” Bland said. “So I think a half was probably right.”

The half point at least kept Bland’s hopes of qualifying for the Masters alive, while Ireland’s Seamus Power took a major step towards making his debut in the year’s first major with a 5 and 4 victory over Sungjae Im.

Power (48th) began the week inside the all-important top 50 and it will now take an extremely unfortunate series of results to deny him a trip to Augusta National.

Open champion Collin Morikawa began his campaign with a hard-fought victory over Scotland’s Robert MacIntyre, with Sergio Garcia beating Jason Kokrak 4 and 3 in the other game in group two.

Paul Casey had earlier conceded his opening game due to back spasms after completing just two holes.

Casey won the opening hole with a par against group 10 opponent Corey Conners, but lost the second when the Canadian holed out from 148 yards for an eagle.

The pair had hit their tee shots on the par-four third hole when Casey signalled he was unable to continue.

The 44-year-old, twice a runner-up in this event, has not conceded his remaining group matches against Alex Noren on Thursday and Louis Oosthuizen on Friday and could still win both to potentially advance to the last 16.

The 64 players at Austin Country Club are split into 16 groups of four with only the pool winners advancing to the knockout stages at the weekend.

Rose made a remarkable par on the 17th to keep the match alive, holing out from 98 yards from the drop zone after pulling his tee shot into the ravine to the left of the green, only to bogey the 18th.

The first full result of the day had come in group 14 as Maverick McNealy, who was the last man into the event on Monday when Sam Burns withdrew, made the most of his late call-up with an 8 and 6 thrashing of Joaquin Niemann.

The largest margin of victory in the event was achieved by Tiger Woods in 2006, who beat Stephen Ames 9 and 8. Ames had questioned Woods’ performance off the tee before the match, saying that “anything can happen, especially where he’s hitting the ball”.