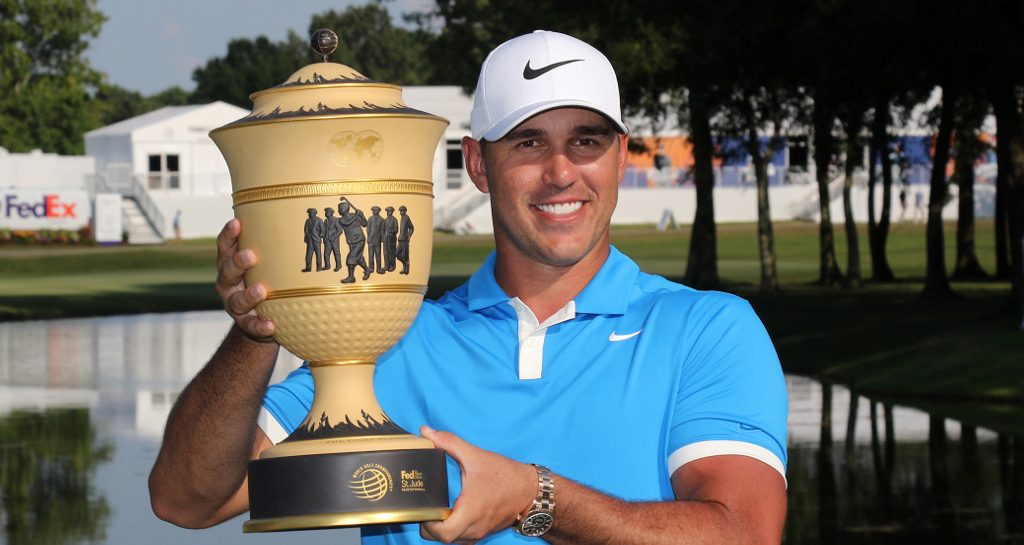 He’s already a four-time major winner, but World No 1 Brooks Koepka can now call himself a WGC champion as well after completing a three-stroke victory in the FedEx St. Jude Invitational.

Koepka got off to a flyer in Sunday’s final round at TPC Southwind in Memphis, Tennessee, birdying three of his first six holes on the way to a bogey-free, five-under par 65 that saw him finish on 16-under 264 and defeat American Webb Simpson, who closed with an impressive 64, by three shots.

Marc Leishman finished third a further shot back after a closing 67 while Rory McIlroy, who started the day with a one-shot lead after a spectacular 62 on Saturday, had to settle for tied-fourth on 11 under after only being able to muster a one-over 71.

It was Koepka and McIlroy’s first ever pairing in a final round, and while everyone was hoping for some fireworks and a proper battle between the two, bragging rights certainly went to the American on this occasion.

A mic drop from @BKoepka.

“It’s so special. It gives me chills thinking of it,” Koepka said. “It’s one of my favorite stops on the tour and to win here is very special for me.”

“I’ve been playing so well as of late. Everything comes if you wait. If you keep playing well and putting yourself in contention good things will happen.”

Only 5 players have won a major and WGC in the same season.

Koepka also praised the tournament’s charity, the St. Jude Children’s Hospital in Memphis, saying it put what they do on the course into a greater perspective.

“I’ve taken a trip to the hospital. It changed my life,” he said. “It puts everything in perspective, how little golf means, how much life matters.”

As for McIlroy, he was left to reflect on another disappointing final round after playing himself into contention.

It took the Northern Irishman 12 holes to make anything other than a par, but unfortunately it wasn’t a birdie but a bogey, and while he managed to bounce back with a birdie at the 14th, he would give the shot back immediately at the next hole after hitting it into the trees before parring his way home to a lackluster finish.