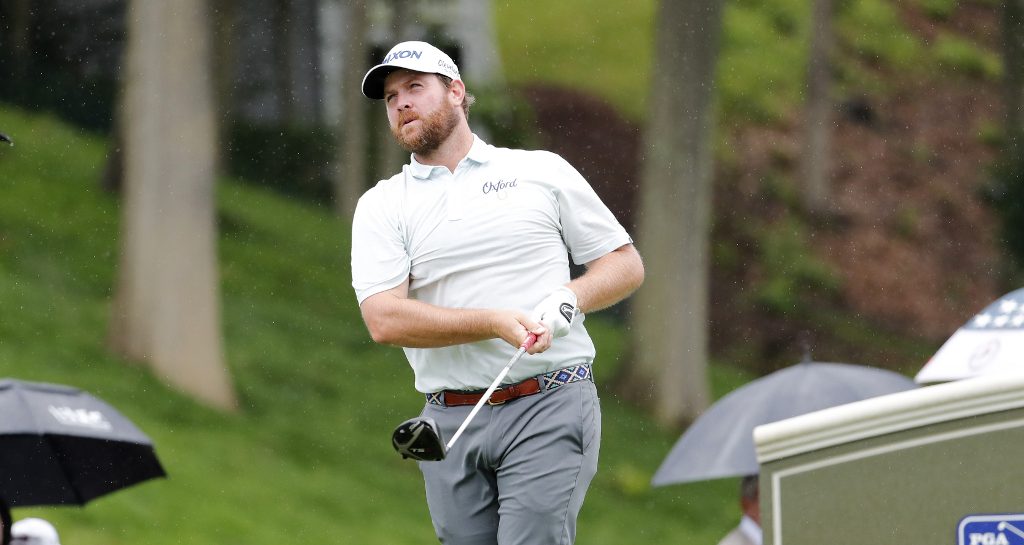 Unheralded American Zack Sucher will take a two-shot lead into the weekend at the Travelers Championship.

Zucher, who plays mainly on the Korn Ferry Tour – the developmental circuit formerly known as the Web.com Tour – followed up his opening 64 with another superb round of five-under-par 65 to take his total to 11 under and open up a two-shot advantage over nearest rivals Chez Reavie and Keegan Bradley at TPC River Highlands.

“Absolutely, it feels great,” said the 32-year-old, who is battling to regain his PGA Tour status. “A lot of work to be done, but right now it’s feeling great.”

Sucher gained his PGA Tour card for the 2014-15 season, but knee and ankle injuries forced him out of his second season in the big leagues.

After surgery to repair two ligaments and a tendon in one ankle he says he is finally playing “pain free”, though he is still recovering from knee tendon trouble.

“I just feel a lot better in my game right now,” said Sucher, who was sidelined for more than a year. “After being out, just this year in general I’ve felt a whole lot better.”

Sucher is used to contending on the developmental tour but admits this is a step up for him.

“This will be a little bit of a different feeling being in the final group of a PGA event,” he added. “After the first few swings I’ll settle in and be hopefully good to go.”

Second-placed Reavie, meanwhile, lies just two shots back after rounds of 65 and 66, as he continued his good form from last week which saw him finish tied-third at the PGA Championship.

Bradley, the 2011 PGA champion, also grabbed a share of second place thanks to a second-round 66.

Bronson Burgoon (68) and Ryan Moore (64) share fourth place a further shot back, while Australian Jason Day is part of a six-man group tied for sixth on seven under.

“It was disappointing to shoot even par yesterday because I know I played a lot better than the actual scored showed,” he said. “To capitalize on the opportunities that I had out there today, I definitely need it.”

World No 1 Brooks Koepka, meanwhile, bounced back from his opening 71 with a four-under 66 to ensure he stuck around for the weekend.

Not so fortunate were Jordan Spieth and Phil Mickelson, who both got the weekend off. Spieth’s 69 on Friday was an improvement on his opening 73, but it still wasn’t good enough to survive the cut, while Mickelson crashed out of the tournament with a six-over 76 that contained two double bogeys.