Woods just two shots off the lead at Valspar 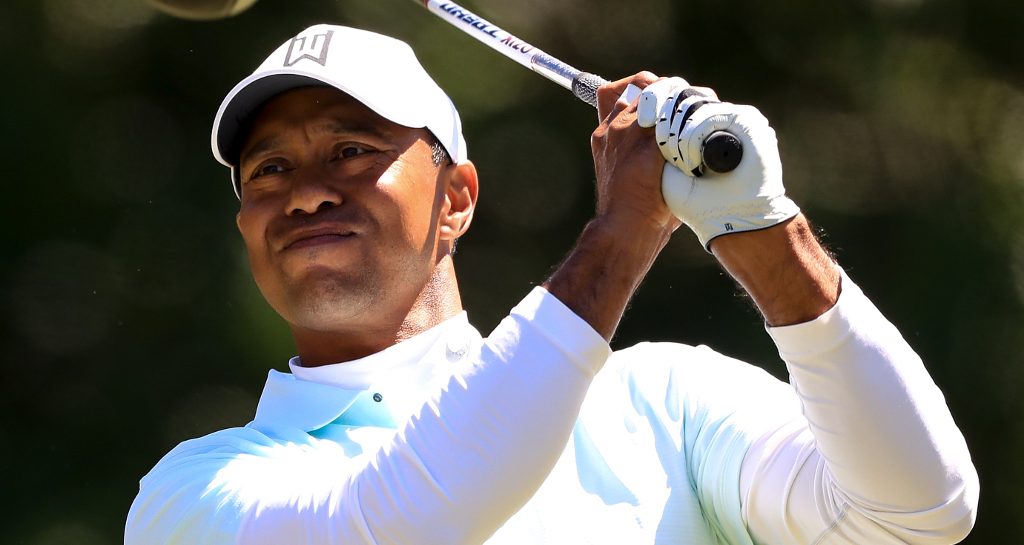 Corey Conners denied Tiger Woods a place at the top of the leaderboard after the second day’s play at the Valspar Championship.

Woods’ encouraging comeback from a series of back injuries looked to have reached a milestone in Florida when his morning round saw him earn a share of the lead at the Innisbrook course.

But Canadian rookie Conners’ two under round of 69 late in the afternoon saw him forge a two-shot lead at the halfway stage of the tournament.

Nevertheless, Woods has thrust himself firmly into contention after the 42-year-old’s 68 saw him join Paul Casey, Brandt Snedeker, Kelly Kraft and Ryan Palmer in second place at four under par.

Woods sank four birdies in his front nine and was on his way to a blemish free round until a wayward wedge saw him make bogey on the ninth.

“I keep getting a little bit better here and there, making these little subtle tweaks, and I’ve done that from tournament to tournament.

Every birdie from @TigerWoods' electric round today: pic.twitter.com/whfqC8jyzE

“But to play myself into contention this early [in the tournament] it was nice, and on top of that to build on what I did a week ago. I feel comfortable out there.”

While Woods is enjoying a renaissance in form, other big names in the tournament are struggling after Jordan Spieth, Henrik Stenson and Rory McIlroy all missed the cut.

Spieth was unable to recover from an opening round of 76, while McIlroy went home early for the second time in four PGA Tour starts.