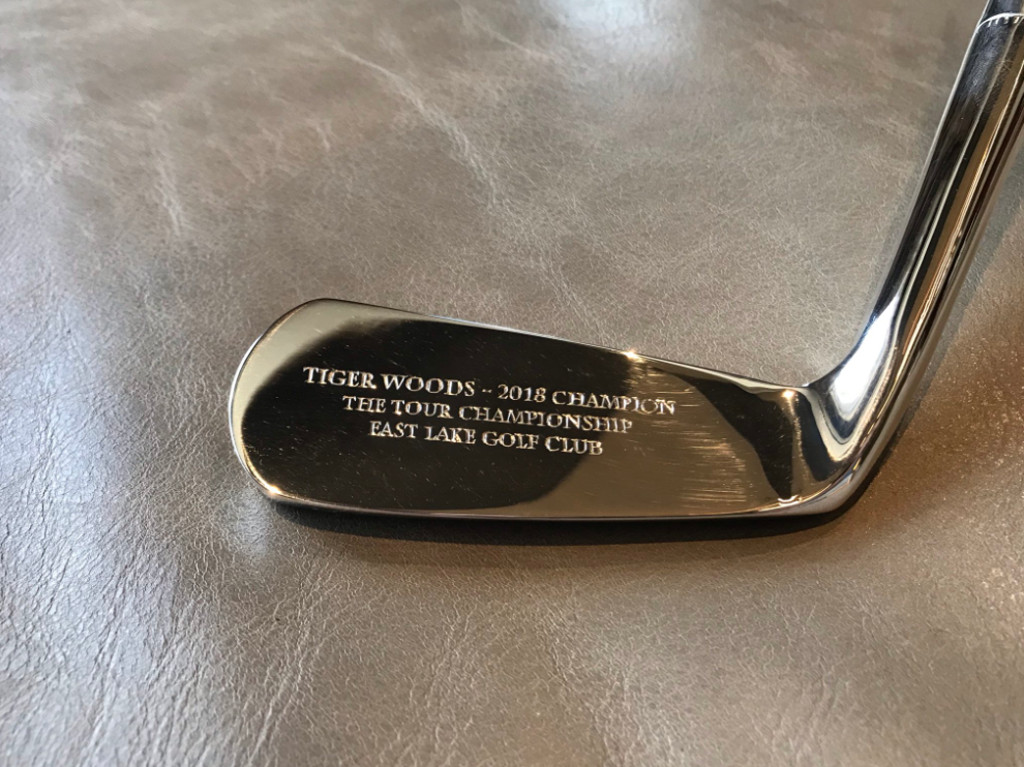 Tiger Woods has been presented with a copy of perhaps the most famous putter in history for winning the TOUR Championship.

The 14-time major winner broke a near five year-winless drought with the victory at East Lake, his 80th on the PGA Tour.

As has become tradition, the PGA awards the season finale winner with a copy of the legendary Bobby Jones’ unique putter he used in the 1920s and 30s.

The odd looking putter, named Calamity Jane, has plenty history behind it. In 1925, a fire broke out at East Lake Golf Club’s clubhouse, destroying a number of priceless golf artifacts and all of Jones’ clubs except one – his beloved putter – which was safely at his residence.

Particularly fastidious about his clubs, that putter and versions of it went on to help Jones win 14 major championships.

Now, each year the TOUR Championship winner gets a stunning replica and Woods was grateful for it his.

Look what just came in the mail today. Thank you to everyone for making number 80 so special. pic.twitter.com/xBxx8nb3oB

“Look what just came in the mail today. Thank you to everyone for making number 80 so special,” tweeted the former world number one.