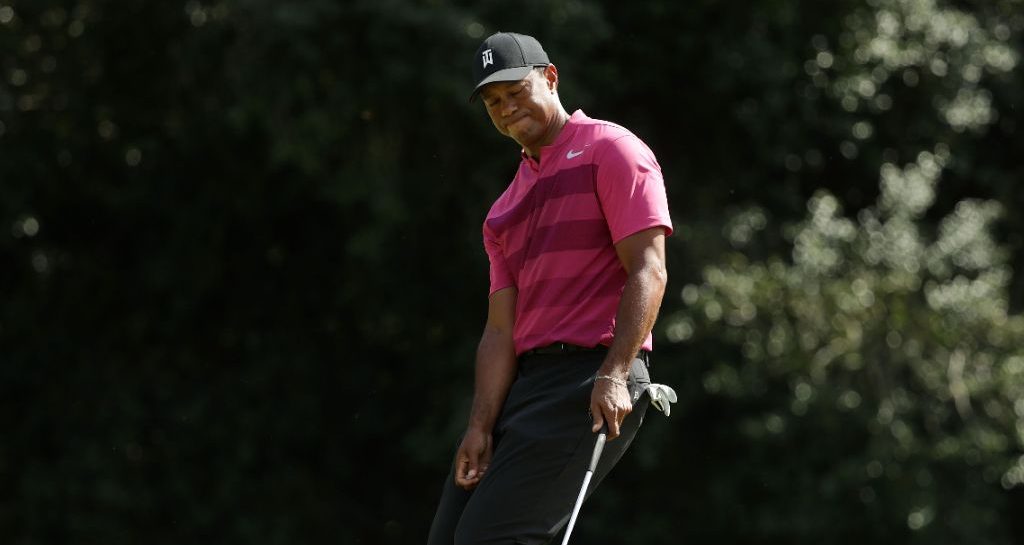 Tiger Woods was frustrated with his putting after an inconsistent first round on the greens at the Wells Fargo Championship.

In his first tournament since the Masters, Woods shot an even par 71 on the opening day at Quail Hollow Club, to leave himself six shots behind surprise overnight leader John Peterson.

But the 42-year-old was left wondering what might have been. Despite sinking a birdie putt from 27 feet on the eighth, he three-putted on both the fourth and the 16th.

“They [the greens] are on the slower side. They feel springy and they feel fast especially as I am walking on them, but they are not putting that way,” Woods said.

“I felt like I’ve played my way into playing shape now – whether it’s the simple act of walking and play, recovery from day to day and playing week to week.

“I feel like I’ve played my way into the rhythm of it. Now I’m just trying to get a little better.”

Wow. 👏@JohnPetersonFW has made back-to-back eagles to take the lead by 2.

Petersen will take a two-shot lead into the second day after a six under 65, which featured back-to-back eagles on the seventh and eighth.

The American complemented those two stand-out holes with three birdies and only one bogey.

The quintet of Peter Malnati, Tyrrell Hatton, Johnson Wagner, Keith Mitchell and Kyle Stanley are in second at four under, while Rory McIlroy produced the best round of the big names after opening with a three under 68.