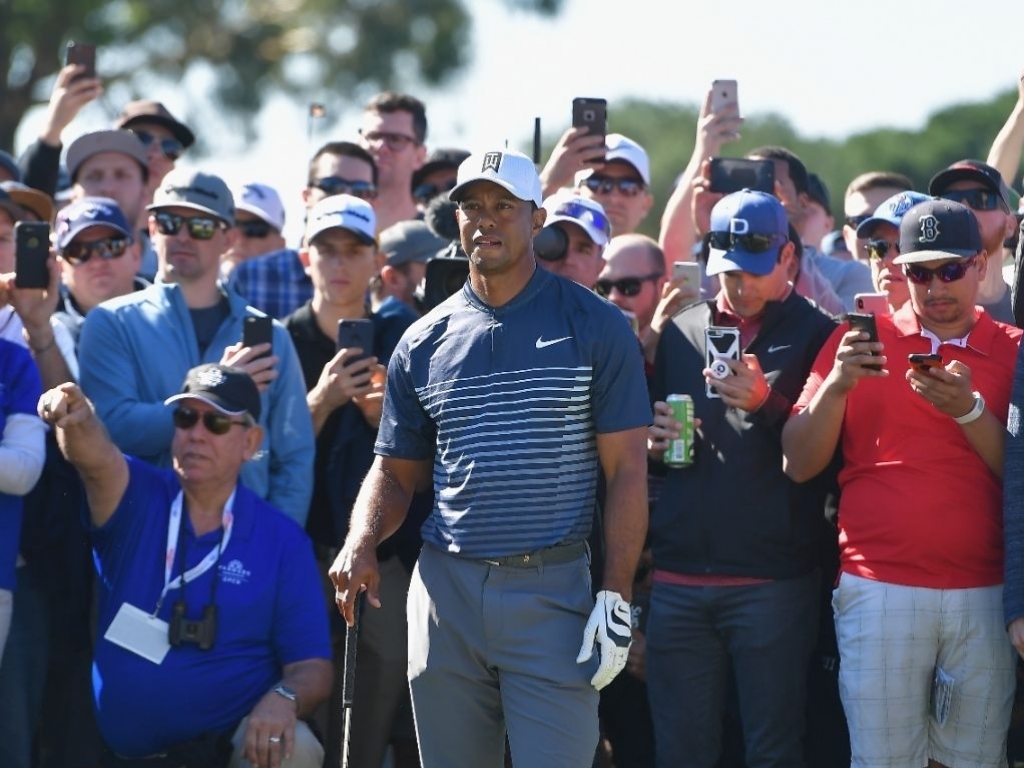 Tiger Woods just made the cut at the Farmers Insurance Open after a birdie on the last saw him secure a spot in the final two days of the tournament.

Woods carded a one-under 71 at the North Course, at Torrey Pines, to move to one under for the tournament – 10 shots behind halfway leader Ryan Palmer.

The 14-time major champion only found three fairways during his round, with a wayward tee shot seeing him slip down the field with a double bogey on the 13th.

Tiger Woods speaks with media after finishing inside the cut line @FarmersInsOpen. https://t.co/XgiLCHhBdj

But during the second half of his round on the front nine, Woods battled back up the leaderboard, with birdies on the first, fifth, seventh, before dropping a shot on the eighth.

Again though, the 42-year-old showed his resilience with a birdie on the ninth to make the cut of a PGA competition for the first time in more than two years.

“I just fought hard, that’s something that I’ve done my entire career, and this is no different,” Woods said.

A birdie at the last for @TigerWoods!

He shoots 33 on his back 9 to move inside the cut line.

“I’ve been away from the game for a couple years, so it’s nice to get out there and just compete again.

“I’m still getting used to my feels, but that just takes more time under the fire. I still need more rounds under my belt.”

Palmer boasts a one-shot advantage from defending champion Jon Rahm at the top of the leaderboard after a five-under 67 took him to 11 under after 36 holes.

The American endured a shaky start with successive bogeys on the second and third, but then came charging back with four birdies and a pair of eagles on the ninth and 17th.

We have a new leader!

Palmer said: “I never got really frustrated or in front of myself so I’ve salvaged a great round.”

Rahm can take Dustin Johnson’s spot as world number one if he wins again at Torrey Pines and is firmly in contention after a flawless 66 which featured six birdies.

Overnight leader Tony Finau is alongside fellow American Luke List in third spot, with the pair both at nine under.