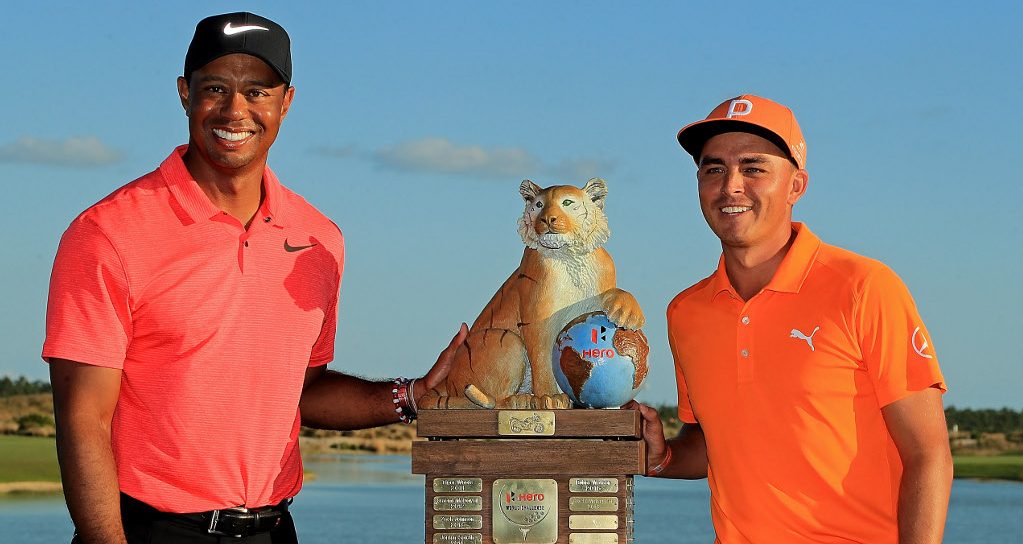 Tiger Woods enjoyed a positive finish at the Hero World Challenge, as Rickie Fowler’s stunning last round saw him win the tournament.

A four-under 68 saw Woods end up in a share of ninth place in the Bahamas, in the 41-year-old’s first tournament for 10 months after shooting three out of his four rounds under par.

The American sank six birdies, but the highlight of his day was an eagle on the par four seventh after a hugh tee shot saw him land within touching distance of the pin.

69-68-75-68@TigerWoods completes his return to competitive golf with a final-round 68.#QuickHits pic.twitter.com/iykPD2f6LK

"This is the way I've been playing at home, and when I came out here and played, I was playing very similar to this,” said Woods.

“Not quite hitting it as far, but I had the adrenaline going and overall, I'm very pleased."

The only blemish for Woods was a double-bogey on the 10th, yet after such an encouraging comeback, he could play again at January’s Farmers Insurance Open, at Torrey Pines.

He said: "I don't know what my schedule's going to be, but my expectations are we'll be playing next year. How many? Where? I don't know yet, but we'll figure it out."

WHAT. A. DAY.@RickieFowler beats the world's best to win the Hero World Challenge. pic.twitter.com/iemJ7vIEIc

Fowler completed the front nine in just 28, with another three birdies on the first six holes of the back nine seeing him set a tournament record and a personal best on the PGA Tour.

“I knew I needed to get off to a quick start today to at least show Charlie I was there and get up there on the board a little bit. We took care of that and kept it rolling from there,” said Fowler.