Woods comes down to earth in third round 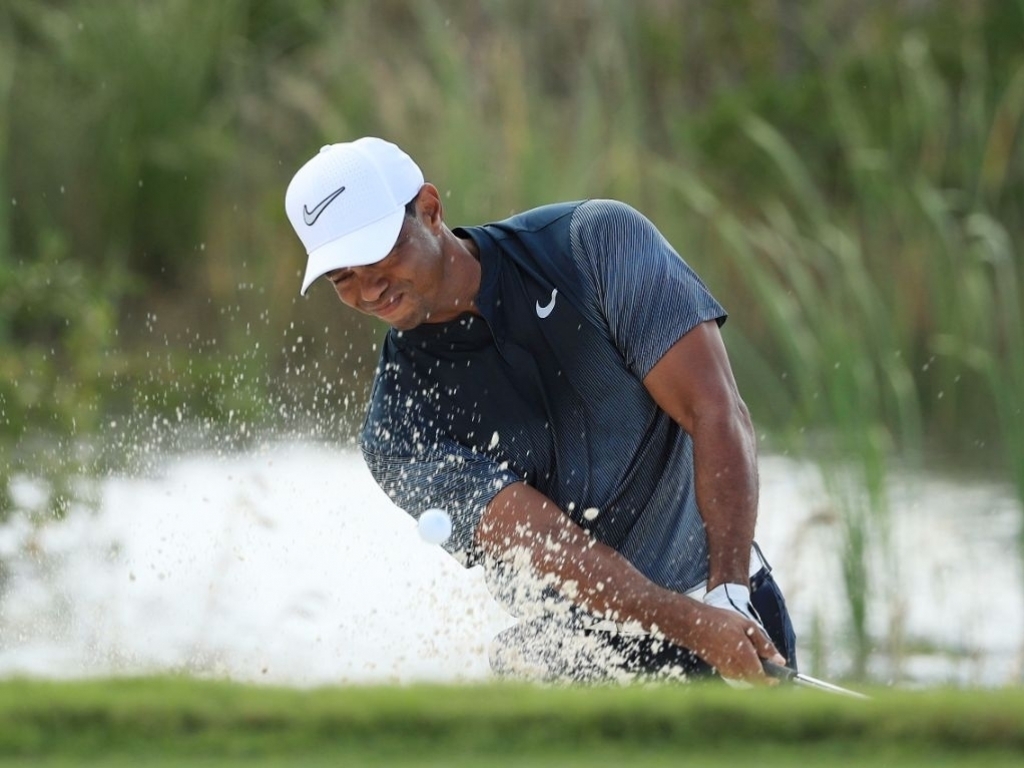 Tiger Woods was forced to come down to earth at the Hero World Challenge after the former world number laboured on his third day in the Bahamas.

Woods had enjoyed two productive rounds on his first competitive appearance for 10 months after carding a 69 and a 68 heading into the weekend.

But on Saturday, the 41-year-old hit a three-over round of 75, which left him at four under the tournament – 10 strokes behind runaway leader Charley Hoffman.

"It feels good to be out here fighting again."@TigerWoods recaps his third round at the Hero World Challenge. pic.twitter.com/xRIquyAyyi

“Anything that I did right ended up in a bad spot,” said Woods.

“Everything I did wrong was really bad.”

In windy conditions that affected the entire field, Woods struggled on the opening 10 holes with bogeys on one, three, six, seven and 10.

He finally found his range on the back nine, with a couple of late birdies on the 14th and 17th salvaging some respectability.

Despite his issues, Woods is still four strokes ahead of world number one Dustin Johnson and six better than US Open champion Brooks Koepka.

Hoffman looks like coasting to the trophy too after a two under 70 saw him move to 14 under, where he boasts a five shot advantage on both Justin Rose and Jordan Spieth.