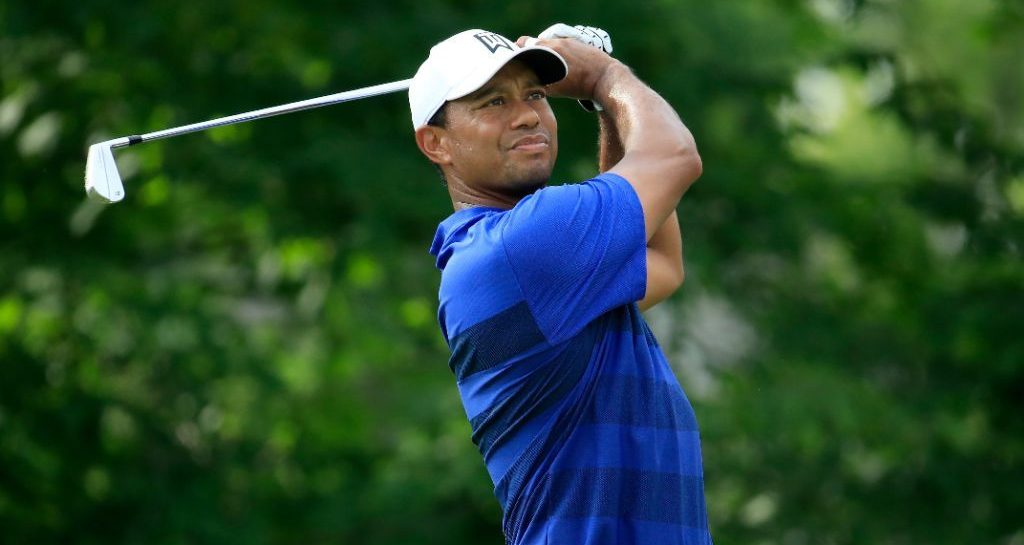 An ill-timed weather delay halted Tiger Woods’ progress at the Memorial Tournament after he had threatened to close in on the leaders.

Woods completed his opening 11 holes in five under at Muirfield Village – an eye-catching run of form which included an eagle from 95 yards on the 11th.

However, when play was suspended for an hour-and-a-half due to the threat of lightning, Woods was unable to rediscover his touch with the putter and went round in a 67 – six shots adrift of halfway leaders Kyle Stanley and Joaquin Niemann.

“I did not putt well today,” Woods said.

“I was hoping this delay wouldn’t be that long. I didn’t really sit down. I was walking, pacing back and forth, trying to keep it loose, trying to keep myself warm, because these are things that I don’t know yet.

“This is new, which is strange, I did it for 20-some-odd years. You would think I would understand it, but this is different for me.”

There were plenty of highlights to go around Friday at @MemorialGolf. pic.twitter.com/kPgWawknef

Stanley sank eight birdies in a round of 66, which gave him the lead at 11 under, before teenage newcomer Niemann moved back into the co-lead with the final shot of the day. The Chilean grabbed three birdies in the final six holes.

The pair are two shots ahead of South Korea’s Byeon Hun An, who shot 67, while Jason Day is at eight under alongside Hideki Matsuyama, Bryson DeChambeau, Wesley Bryan and JB Holmes.