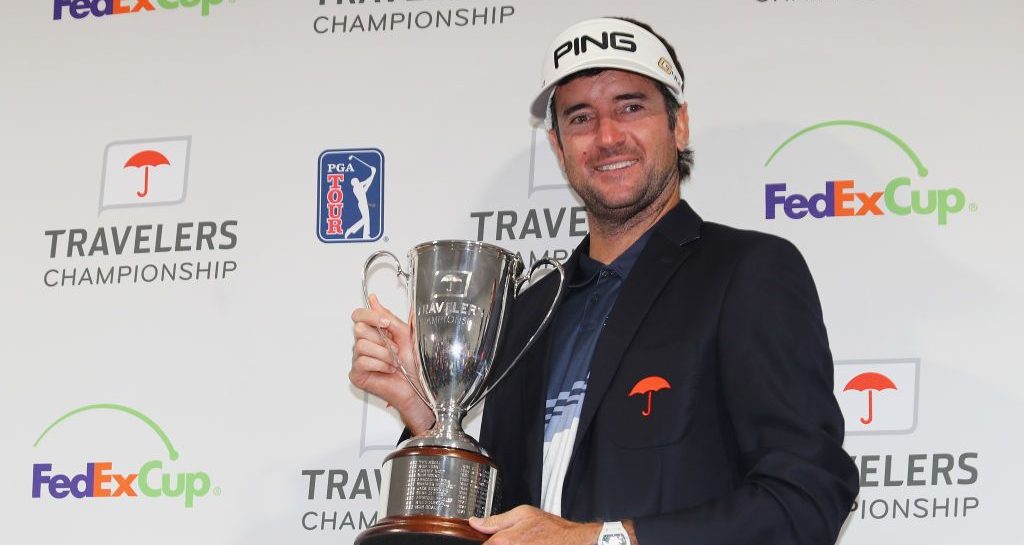 Bubba Watson shot a blistering final-round 63 on Sunday to reel in third-round leader Paul Casey and win the Travelers Championship.

Casey had seemed on the verge of victory a day earlier after his superb 62 saw him open up a four-shot lead ahead of the final round.

The Englishman, however, couldn’t capitalise on a first-hole birdie as he shipped three shots to finish two over for the day to end in a tie for second place alongside Stewart Cink (62), Beau Hossler (66) and J.B. Holmes (67).

Watson, who started the day six shots off the pace, was in irrepressible form.

After reaching the turn two shots to the good, the 39-year old added another five birdies coming home for a total of 17-under par and a three-shot victory.

The only man with three wins this season … @BubbaWatson.

The win was the in-form Watson’s third at the Travelers. It was also his third win of the season and the 12th PGA Tour victory of his career.