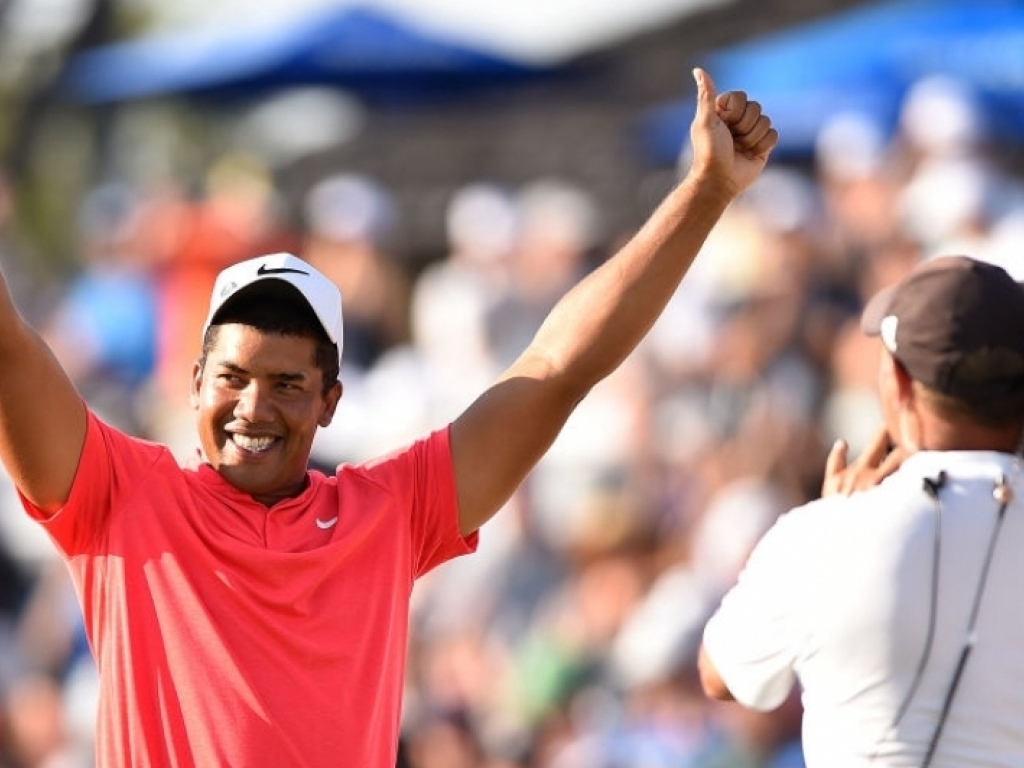 Vegas triumphed on the par-5 18th after a remarkable second shot. The 32-year-old Venezuelan’s shot from a fairway bunker clipped the lip, but still managed to clear the water and the green. He then nailed a chip from the back of the green to within a foot for birdie. He won when Hoffman's birdie attempt from a greenside bunker rolled just past the hole.

The defending champion had earlier fired a superb final round of seven-under par 65 to finish at 21 under. Vegas birdied five of the front nine holes to go out in 30 and hit three more birdies coming home to grab the clubhouse lead.

Hoffman then birdied the 16th and 18th to force the playoff.

Ian Poulter continued his resurgence, finishing one stroke back in third place after shooting a 64, the best round of the day.

World number one Dustin Johnson (67) finished in a tie for eighth place.