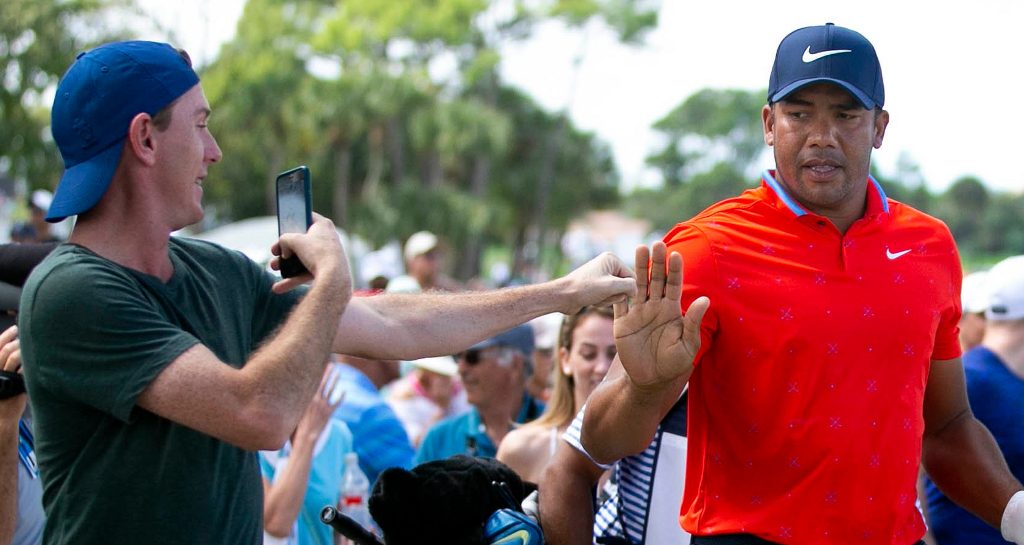 Jhonattan Vegas carded a six-under-par 64 to claim a two-shot lead at the PGA Tour’s Honda Classic on Thursday.

Teeing off on the 10th, Vegas showed tremendous accuracy on the tough Champion course and fired in six birdies, three of which with from more than 13 feet.

South Africa’s Charl Schwartzel is in a group of 13 players who carded 67s, which also include Brooks Koepka, Rickie Fowler, and Korean Lee Kyoung-hoon., while defending champion Justin Thomas is another stroke further back.

JT vs. a tree. 🌲
Great escapes. 😮
Lots of laughs. 😂#TheTakeaway from Round 1 @TheHondaClassic: pic.twitter.com/dYXhx0GqMG

“Every time I come around this place and don’t make a bogey it’s pretty good,” Vegas told the media from the clubhouse after his round.

“I was able to drive the ball really well today. I hit my irons incredibly well.

“I only missed three greens and out of those three I left two within 15 feet of the hole.”

The 49-year-old Els also carded six birdies but notched a double-bogey at the short 15th, where his tee-shot landed in the water trap.

“That freaking 15th hole is no good at all on this golf course,” Els joked after his round.

The veteran Els went into the tournament with 19 PGA Tour wins behind his name, with his most recent victory coming at the 2012 Open Championship.

“I’ve really been swinging it better lately and this is a golf course where you get it anywhere under par and you’re really happy, even in benign conditions like this morning,”