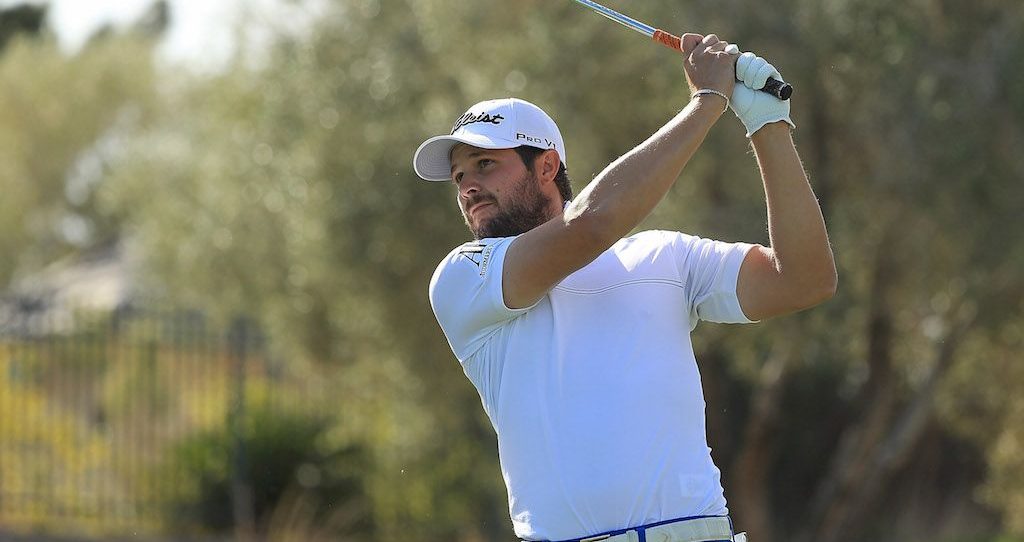 Peter Uihlein leads by one stroke at the Shriners Hospitals for Children Open at TPC Summerlin after he carded an opening 63.

Uihlein has never won on the PGA Tour. However, he played like a multiple PGA Tour winner on Thursday in Vegas.

The American made light work of the layout at TPC Summerlin, holing nine birdies. It could have been a shot better though for the 29-year-old as he made an unforced error on the seventh which led to a dropped shot.

Uihlein’s dashing 63 that got him to eight-under-par was enough for a one-stroke lead over the chasing pack, lead by Seth Reeves.

“I was really bad the first few tournaments this year, at least starting off. Got really lazy and complacent,” Uihlein told reporters after the round.

“Wasn’t mentally sharp enough for what I needed to be able to compete out there.

“I put in a lot of work last week for a few days and switched putters, so it’s nice to kind of see that hard work kind of pay off this quickly.

Bryson DeChambeau and Jordan Spieth lurk at five-under-par and will feel they are perfectly placed to get themselves into a position to make a play on Moving Day.

Rickie Fowler is at three-under after a frustrating day where soft conditions made scoring easy while USA’s 2018 Ryder Cup captain, Jim Furyk, shot a level-par-71.