Two-time champion Rory McIlroy back on top at Quail Hollow 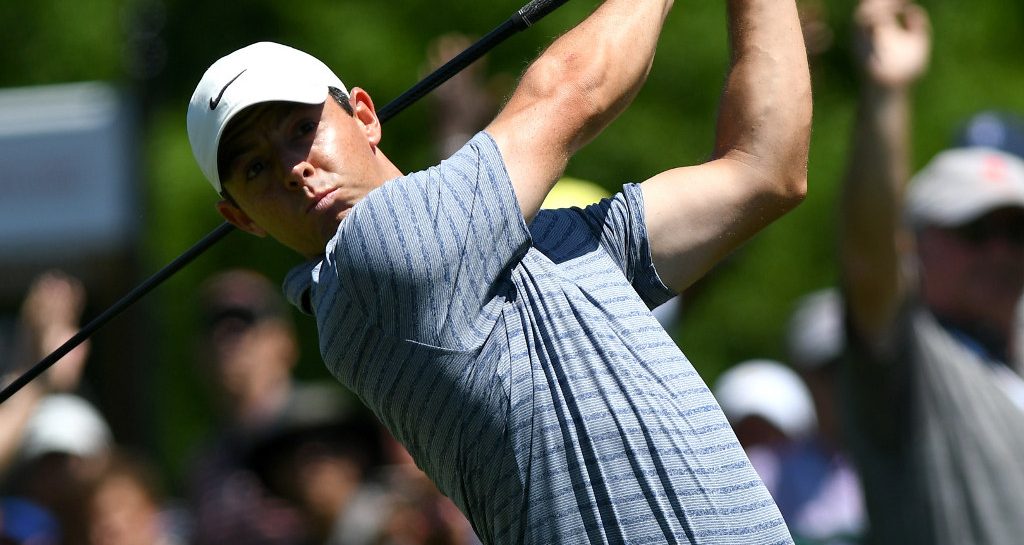 Rory McIlroy, the only two-time winner in the history of the tournament, shares the lead after the opening round of the Wells Fargo Championship.

The Northern Irishman looked back in his comfort zone as he fired an impressive five-under-par 66 on Thursday to share the lead with American Joel Dahmen.

McIlroy, who captured his first ever PGA Tour title at Quail Hollow nine years ago, was only even par for his round through the first nine holes but caught fire after the turn, racking up five birdies over a seven-hole stretch.

The round could have been even better had he sunk a 12-footer for birdie after playing the shot of the day through the trees on the 12th hole, but McIlroy was still satisfied with his progress.

“I think I got the most out of my round today, so I am not going to complain,” he said.

“If you get through the first six holes, there is a stretch of holes where you can make your shots up and thankfully that’s what I did today, despite bogeying the seventh, which isn’t ideal. But I responded well with some good play on the back nine.

“It means a lot, I have so many special memories here and I have celebrated my birthday here since I turned 20 and there is a big one coming up on Saturday, which I don’t want to talk about,” he added, in reference to his soon-to-be 30th birthday.

McIlroy admitted he likes coming to Quail Hollow as he has always felt comfortable here.

“[The golf course] went through different iterations since we started coming here, but every time they tweak something here or there, you know, it’s still sort of the same place and it really fits my eye,” McIlroy said. “I think it’s the purest golf course we play all year in terms of preparation and how manicured it is.

“It just has a really nice feel about it. I’ve always felt comfortable here. I’ve obviously got good memories.”

Paul Casey and Sergio Garcia both opening with two-under 69s, while Justin Rose had a 70 and Phil Mickelson a level-par 71.