Tony Finau leads Jordan Spieth after opening round at Colonial 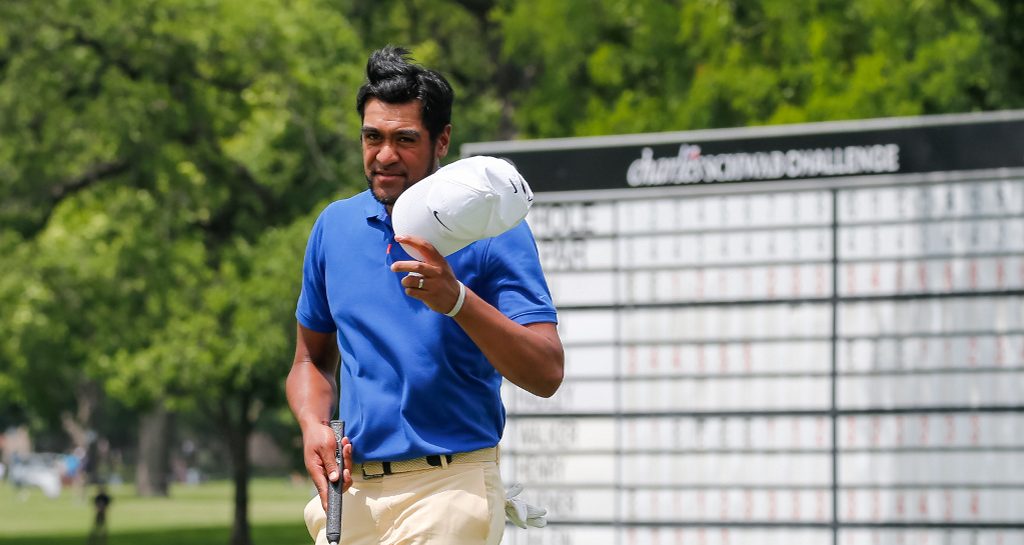 First-round leader Tony Finau credited a change in putting grip for his six-under-par 64 at the Charles Schwab Challenge.

Finau grabbed a one-shot lead after mixing seven birdies with a solitary bogey at Colonial Country Club on Thursday.

He lies one shot clear of Canada’s Roger Sloan and fellow American Jordan Spieth, whose form continues to improve after he followed up his third-place finish at the PGA Championship last week with another encouraging 65.

Finau, who could only manage 64th place at Bethpage, rolled in a 19-footer for his opening birdie at the third, and then had a simple tap-in for another birdie at the par-3 fourth.

His only bogey of the day arrived at the very next hole, but Finau soon put the blip behind him as he made back-to-back gains at the seventh and eighth before adding three straight birdies from the 11th.

Those birdies included one putt of 24 feet and another of 26 feet, while he also saved par late in his round by sinking a 30-footer, and Finau revealed afterwards that a change in his putting grip had done the trick.

He's ranked 4th this season in Driving Distance, but Thursday was all about the other 13 clubs for 18-hole leader @TonyFinauGolf.

“I haven’t been putting great I feel like, and standing over the ball the most important thing is, ‘Do you feel like you’re going to make the putt or not?'” Finau said.

“Outside of everything else, ‘Do you believe you can make the putt?’ So for me, I needed to switch something.”

Spieth, meanwhile, had an eventful round that included eight birdies, a double bogey and a bogey, but the gains he made were more than enough to cancel out all the mistakes, and the 25-year-old Texan is confident his slump is a thing of the past.

“I know what I have needed to work on and I knew it was going to take a lot of time,” Spieth said.

“It’s nice to see some results off what I believe is the progress I’ve been making. At the same time, it’s one round. I’ve got to keep my head down and keep working.”

A large group of nine players – eight of them Americans – share fourth place on three under, including Jason Dufner, Jimmy Walker, Trey Mullinax and J.J. Henry.