Tommy Fleetwood excited to team up with Sergio at Zurich Classic 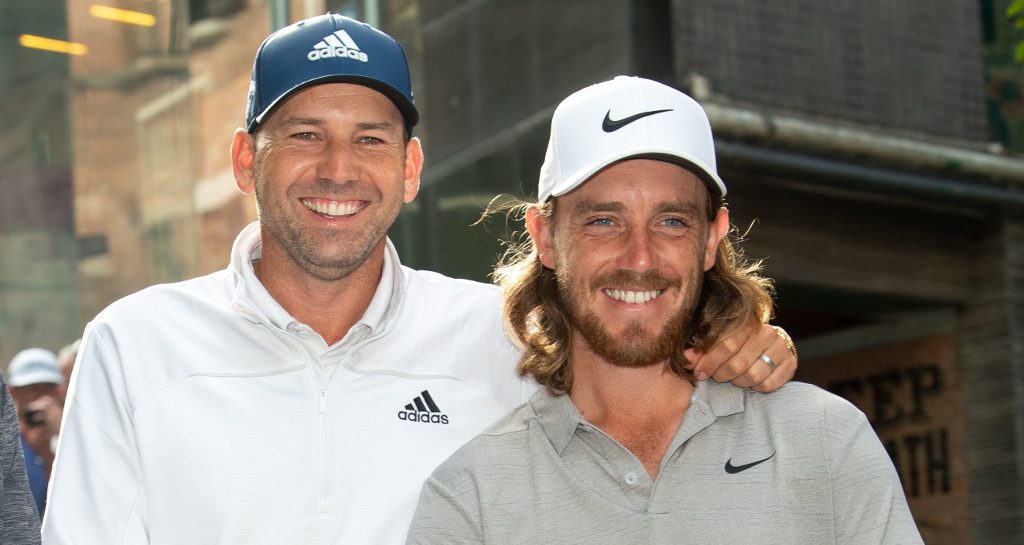 Tommy Fleetwood insists there’s nothing untoward about the fact that he will not be teeing it up with Ryder Cup partner Francesco Molinari at this week’s Zurich Classic.

So successful were Fleetwood and Molinari together at last year’s Ryder Cup – becoming the first pairing to win all four matches together for Team Europe – that they earned their own nickname ‘Moliwood’ as a result.

In reality, Molinari was never an option for Fleetwood, as the Italian has decided to sit this week’s PGA Tour event.

Enter another Ryder Cup team-mate, Sergio Garcia, who will be teaming up with Fleetwood instead.

“Fran [Francesco Molinari] is fine and everybody does their own thing throughout the year,” Fleetwood said. “Me and Sergio [Garcia] spoke about it quite a while ago and it works out perfectly for us that we can play in this event together.

“It’s comforting playing with a team-mate. Whether it’s good or bad, it’s nice to have that backing from somebody else out there on the golf course, especially if you’re close with that person.

“There’s nothing that we’re trying to do any differently to you would any other week, but you just have that added luxury of somebody to fall back on if it’s not going great.

“It’s quite an exciting week in a way that there are FedExCup points to play for and there’s a chance to play well. There’s nothing to lose and everything to gain this week.”

Excited to be partnering with @TommyFleetwood1 for the @Zurich_Classic this week!

Fleetwood finished tied-fourth in last year’s event with Chris Paisley as his partner, so Garcia has some big shoes to fill.

As for Garcia, he teamed up with fellow Spaniard Rafa Cabrera Bello last year, but the duo failed to make the cut.

“I’m excited about it [playing with Fleetwood],” Garcia said. “We’re good friends and have known each other for a long while, so we’re excited to partner up.

“I’m looking forward to having a good week and seeing if we can be up there contending. We talked about it and it felt good, felt right, and hopefully we will go out and prove if that is right.”