Tight at the top at Wells Fargo Championship 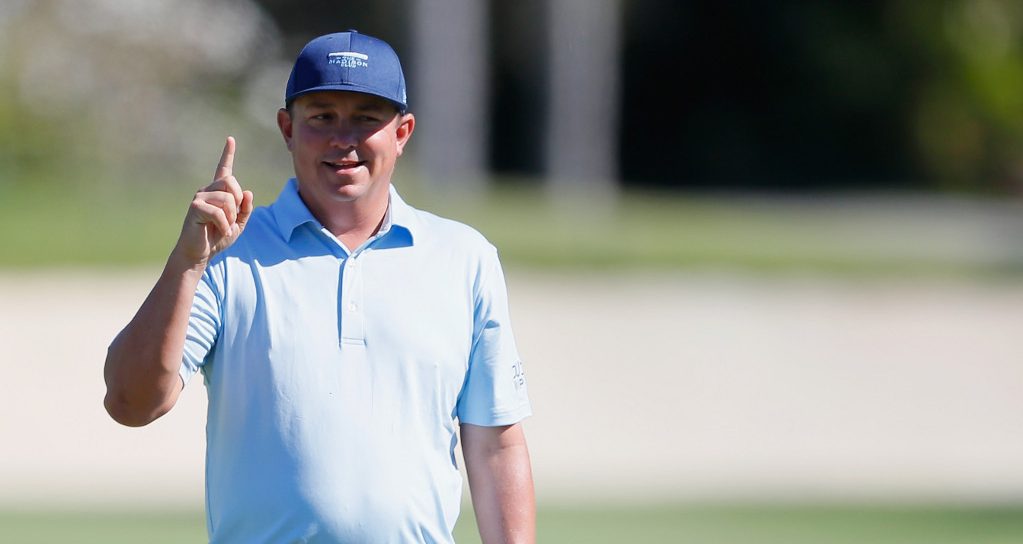 Jason Dufner, Joel Dahmen and Max Homa share a three-way tie for the lead heading into the final round of the Wells Fargo Championship.

The American trio are locked on 11 under for the tournament and endured a stop-start day at Quail Hollow, where storms stopped play twice. That’s one stroke ahead of Pat Perez – who shot a sizzling 66 to rise up the leaderboard – and two ahead of birthday boy Rory McIlroy.

Dufner, who started the day leading thanks to a stellar 63 on Friday, signed for an even par 71 in an indifferent round that included three bogeys and three birdies.

Meanwhile, cancer survivor Dahmen recovered from a disastrous start. The world number 125 found himself at three over par for the day on the seventh tee, but pulled it back with an eagle, four birdies and a couple bogeys, making for a colourful scorecard.

“I thought I was going to be a lot more nervous in those opening holes and I wasn’t,” Dahmen told pagatour.com.

“After I made double, then I got nervous because I didn’t want to shoot myself out of this thing. I wanted to keep having fun and keep being in this tournament. Geno, my caddie, did a great job today, just kept it light.”

Homa had a chance to lead outright but an errant drive into the trees on the 18th would lead to a bogey. Nonetheless, his one under 70 round gives him hope for some Sunday silverware…and that is all Homa wants.

“All you can ask for is to have a chance,” Homa confirmed.

“I think I did that today. Obviously, we have a long 18 holes to go on a hard golf course, but I’m proud of the round. I like how I played, I like my chances and I like where I’m standing after three days.”

McIlroy celebrated his 30th birthday on Saturday and was reminded by the Quail Hollow galleries at almost every turn. A solid three under 68 puts him two shots shy of lead and one shot ahead of Ryder Cup teammate Justin Rose, who is alone in 6th.

“And I feel like I was both of those today.”

Rory’s first round in his thirties …

He felt the love on the first tee. 🎶#LiveUnderPar pic.twitter.com/gBY0UyMHJi