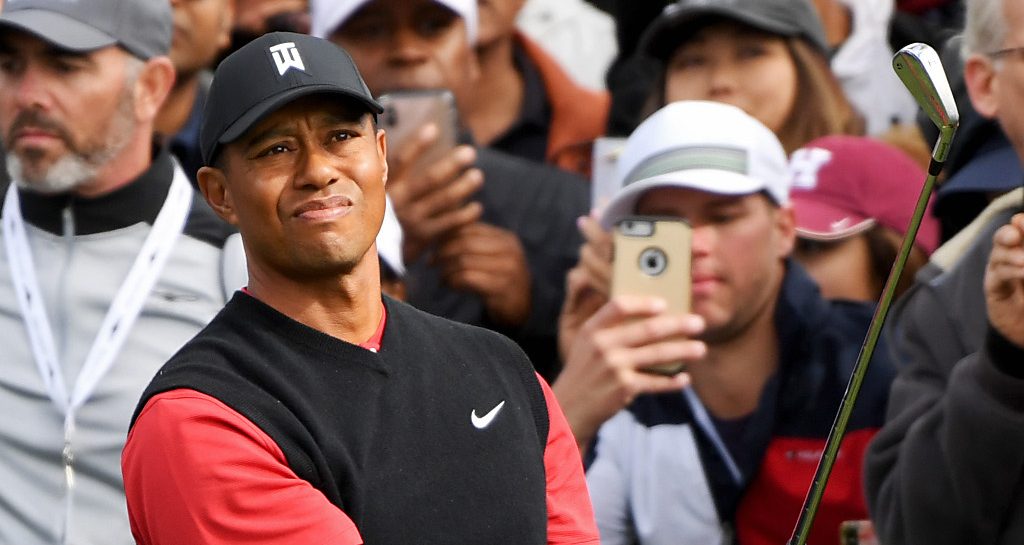 Tiger Woods admitted that fatigue got the better of him as he faded out of contention during the final round of the Genesis Open.

Woods thrilled fans over the weekend with a third-round 65 that put him right in the mix for the title at Riviera, but after consecutive days of cold, blustery conditions, regular delays and having to constantly play catch-up, he ultimately could not keep up the pace.

Woods had to play 30 holes on Friday, 14 on Saturday and 28 holes Sunday, which turned out to be a little more than he could handle.

After getting to 10 under for the tournament thanks to a few early birdies in his final round on Sunday, Woods played his last 11 holes in four over par to drop out of contention with a one-over 72, eventually finishing tied-15th.

“I got tired; there’s no doubt,” Woods said. “It was just a long week, and eventually I made a few bad swings.

“But to be honest with you, it was one of the worst weeks I’ve ever had on the greens. Six 3-putts is — I don’t think I’ve ever done that. And to have that many 3-putts and still shoot 6 under par — take away those 3-putts, I’m 12 under par. And if I make a few more putts, I’m right in the mix.

“So I just have to clean up my mess on the greens and be ready for Thursday.”

What a call on this @TigerWoods bunker shot. 🤯#LiveUnderPar pic.twitter.com/Nx9jHQU3Ku

Woods will indeed be back in action at this week’s WGC-Mexico Championship in Mexico City, where he’ll certainly be able to count on warmer weather and less delays.

First, though, he’ll need to give his body a bit of a break, and he made secret of the fact he was looking forward to not swinging a golf club on Monday.

“I wish the weather had been a lot warmer,” he said. “It was a long week. Early, early mornings. We were warming up before the sun came up and finishing up when the sun was down. Long days for a lot of guys.

“I’m excited about tomorrow,” he said. “Because the clubs aren’t coming out of the travel bag. They are staying in there; they’re not moving. It’s a matter of recovering, and treatment, and getting ready for Thursday.”