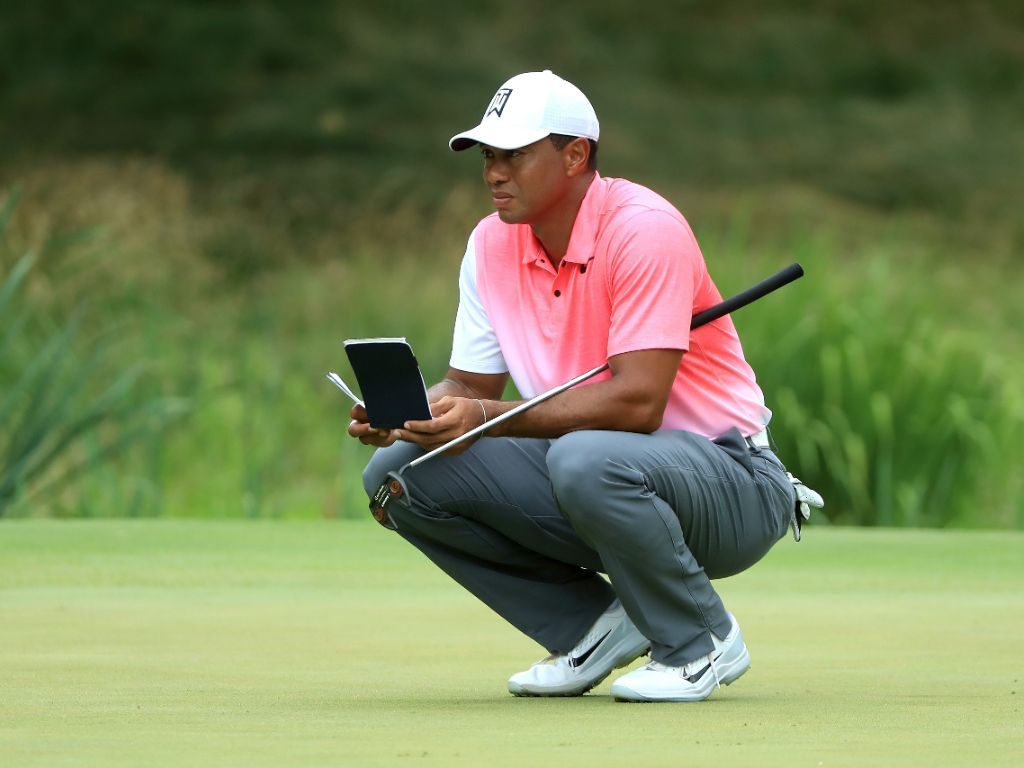 Tiger Woods changed his putter and had good returns at the Quicken Loans National this past weekend.

The former world number one has been striking the ball well all year, but has suffered on the greens, ranking at 52 on the PGA Tour in strokes gained via putting.

As a result, Woods switched from his trusty blade putter that brought him 14 major championships to a mallet style and there was an improvement on the weekend. Woods rolled in 21 birdies, finished T4 and ranked ninth in strokes gained on the green.

“I’ve hit the ball well in this stretch, I just haven’t made anything,” the 42-year-old told pgatour.com.

“I haven’t done that for the better part of two months. So that was nice to make over 100 foot of putts twice this week. That’s a positive sign.

“It felt good to start my ball on the lines again. I’m starting to see it, starting to feel it, and I had the pace pretty much good all week. I really like the swing of this putter. I like feeling that toe move. It makes a big difference.”

Woods will make his return to The Open Championship for the first time since 2015 when the 147th edition tees off at Carnoustie on July 19.