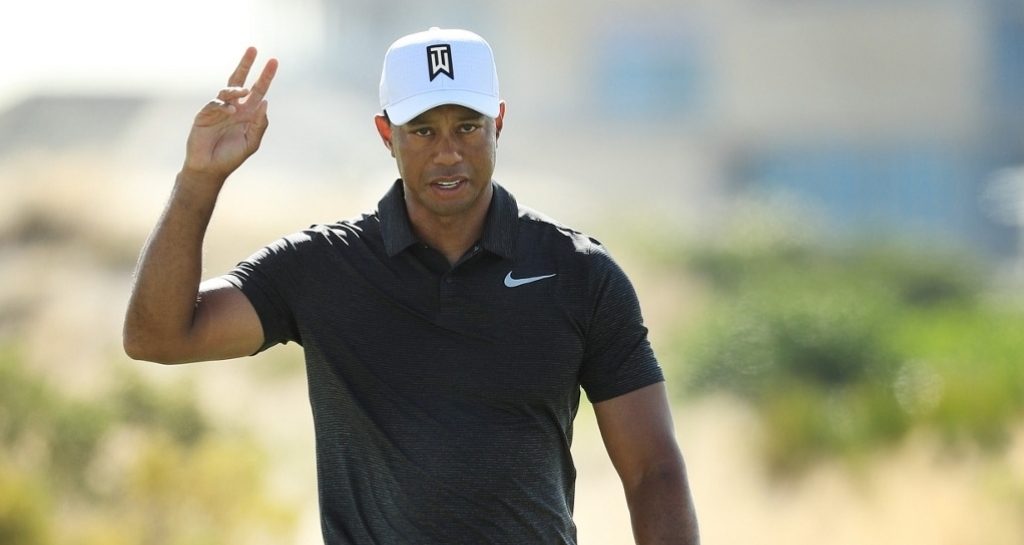 Tiger Woods returned from 10 months in the golfing wilderness to put himself right in the mix at the Hero World Challenge.

While Englishman Tommy Fleetwood – fresh from his thrilling Race to Dubai victory over Justin Rose a couple of weeks ago – snatched the lead on the opening day in the Bahamas with a stellar 66, it was Woods' three-under-par 69 that dominated the conversation at Albany on Thursday.

Woods may have looked good during his pro-am round on Wednesday, but it was still anyone's guess how he would perform when the real thing came along – particularly after such a long, hard road to recovery.

But Woods immediately looked the part as he shared the stage with the world's best, outscoring several of them to find himself just three shots off the pace.

A superb early approach at the par-5 third gave Tiger an early look at eagle, though the two-putt birdie from long range was just as welcome.

That didn't take long. @TigerWoods is in with birdie at No. 3 to move to (-1).#QuickHits pic.twitter.com/Xu1CVvtEhY

Woods then found himself in trouble on the fourth but saved par with a superb putt from just off the edge of the green, leading to a trademark fist pump.

He nailed another long-range effort at the eighth to go two under – though that was followed by his first bogey of the day at the par-5 ninth.

A birdie and another fist pump!@TigerWoods is (-2) as he makes his way to No. 9 at the Hero World Challenge. #QuickHits pic.twitter.com/N0yrUMEYsI

Woods bounced back superbly, however, immediately getting the shot back at the 10th before going birdie-birdie at 13 and 14.

Back-to-back birdies. 🐦 🐦@TigerWoods is one shot off the lead at the Hero World Challenge.#QuickHits pic.twitter.com/4HSBUi7E0M

At that point Woods was just one off the lead, but his second bogey of the day at the 15th – also a par-5 – would see him settle for a three-under 69.

That'll do it.@TigerWoods opens with a 69 in his first competitive round back in 301 days.#QuickHits pic.twitter.com/zNNCGEsFqR

"For me, I thought I did great," Woods said afterwards. "I hadn't played in a while, after some of the difficulties I've been through. To come out and score like I did, that was nice. That was fun.

Asked if he was surprised by his score, Woods said: "I didn't know what I could do. I'd been playing a lot of holes at home but it's a little different when you have to tee it up in a tournament.

"I had a lot of adrenaline going there. I was hitting the ball a little longer than I normally do, and I had to dial it back a little bit."

"For me, I thought I did great."@TigerWoods breaks down his first competitive round back in 10 months. pic.twitter.com/18n8WFHbLR

Consecutive birdies at 14 and 15, meanwhile, had seen Fleetwood move to six under par. He would go on to post a 66, which was good enough for a one-shot lead over Rickie Fowler and Matt Kuchar.

Lying on four under are Kevin Chappell and a formidable trio – World No 1 Dustin Johnson, the in-form Justin Rose and reigning Open champion Jordan Spieth.

Woods follows on three under, which was matched by his playing partner Justin Thomas, as well as Francesco Molinari and Charley Hoffman.

Henrik Stenson is on two under after an opening 70, while Hideki Matsuyama lies five shots back after a first-round 71.