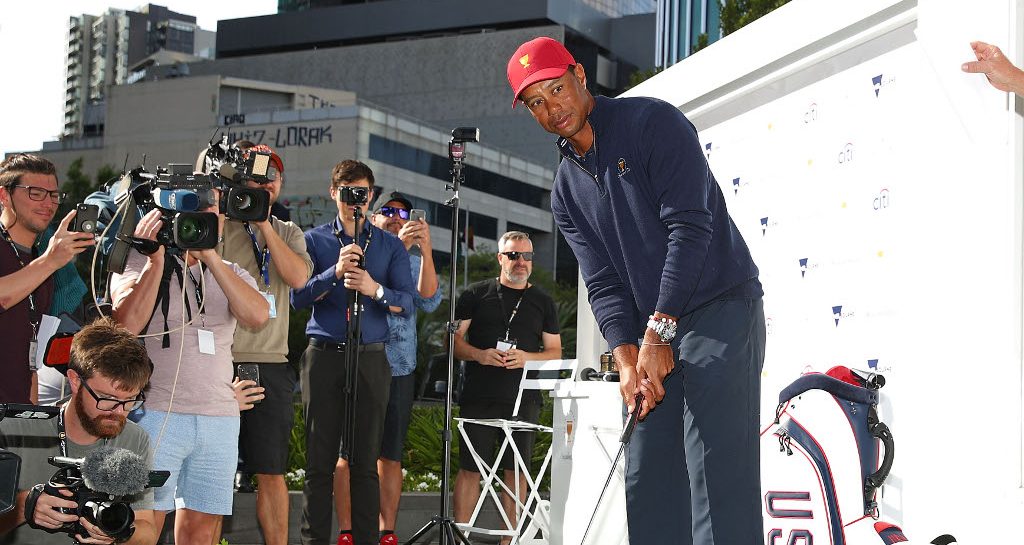 Tiger Woods will play alongside Tony Finau and Xander Schauffele when he makes his 2019 PGA Tour debut at this week’s Farmers Insurance Open.

The former World No 1, who turned 43 last month, returns to the Torrey Pines course where he won seven times and won his last major at the 2008 US Open.

Making their 2019 debut this week is … pic.twitter.com/RhZZNIMei1

It’s his first tournament since December’s Hero World Challenge, where he finished 17th in the 18-man field.

Woods is currently ranked 12th in the world, so this week’s event will present him with an opportunity to return to the top 10 in the world rankings for the first time since the 2014 WGC-Bridgestone Invitational.

It would be a highly impressive feat, considering Woods was still ranked 539th in the world at the start of the 2018 season.

Woods’ former coach Hank Haney even believes a return to the World No 1 spot is not out of question for the 14-time major champ.

“If he could make it back to No. 1 in the world, that would be an incredible accomplishment,” he told ESPN.

“I think [Jack] Nicklaus’ record [of 18 majors] is the ultimate, but so far out there [Woods has 14]. But I think No. 1 is there to be had. He has a relatively easy path. He doesn’t have all these points [that he can potentially lose] that all these guys have. So it’s easier to climb in the rankings.”

Another feature grouping for the first two rounds of the Farmers sees Australians Jason Day and Adam Scott team up with Northern Ireland’s Rory McIlroy.

Current World No 1 Justin Rose will be joined by Americans Jordan Spieth and Billy Horschel, while Spanish star Jon Rahm tees off alongside Rickie Fowler and Brandt Snedeker.