Sharma joins Woodland and Leishman at the top 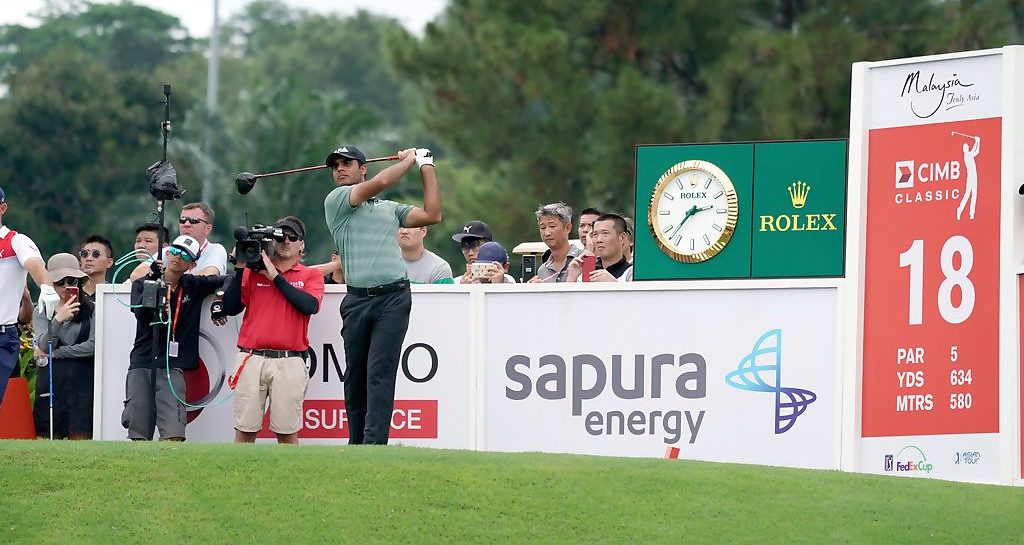 Shubhankar Sharma joined overnight leaders Gary Woodland and Marc Leishman in a three-way tie at the top after the third round of the PGA Tour’s CIMB Classic in Malaysia.

American Woodland and Australian Leishman both shot five-under-par 67s at TPC Kuala Lumpur West to maintain their position at the top of the leaderboard, but were joined by India’s Sharma after he carded a 66.

The trio lie on 19 under par, two shots ahead of South African Louis Oosthuizen (65) and American Bronson Burgoon (67) in the first of three PGA Tour events in Asia.

"Mind if I play through?" 🦎 pic.twitter.com/mupf0RiRtv

“Kind of got a little loose there a little bit on the back nine, maybe ran out of gas a little, but it was nice to finish up with a birdie and get some momentum going into tomorrow,” said Woodland after his third round.

Leishman started like a house on fire with an eagle and five birdies in his first 10 holes, though he could only play the remaining eight two over after dropping shots at the 11th and 13th.

“Happy with the round, gave myself a good chance tomorrow, so hopefully I can be hot like I was that first 10 holes today,” he said afterwards.

Sharma, who clinched the Asian Tour’s Maybank Championship in February, said he was happy with the way he was playing and was looking forward to Sunday’s final round.

The 22-year-old mixed seven birdies with one bogey to give himself a real chance of a maiden PGA Tour victory come Sunday.

“Good thing is that I’ve been in this position before so I know what happens and what my mind goes through, so I’ll just try and relax myself as much as possible,” Sharma said. “The way I’m playing, I’m pretty sure I’ll play well tomorrow as well.”