Three Americans tied at the top after round one in Mexico 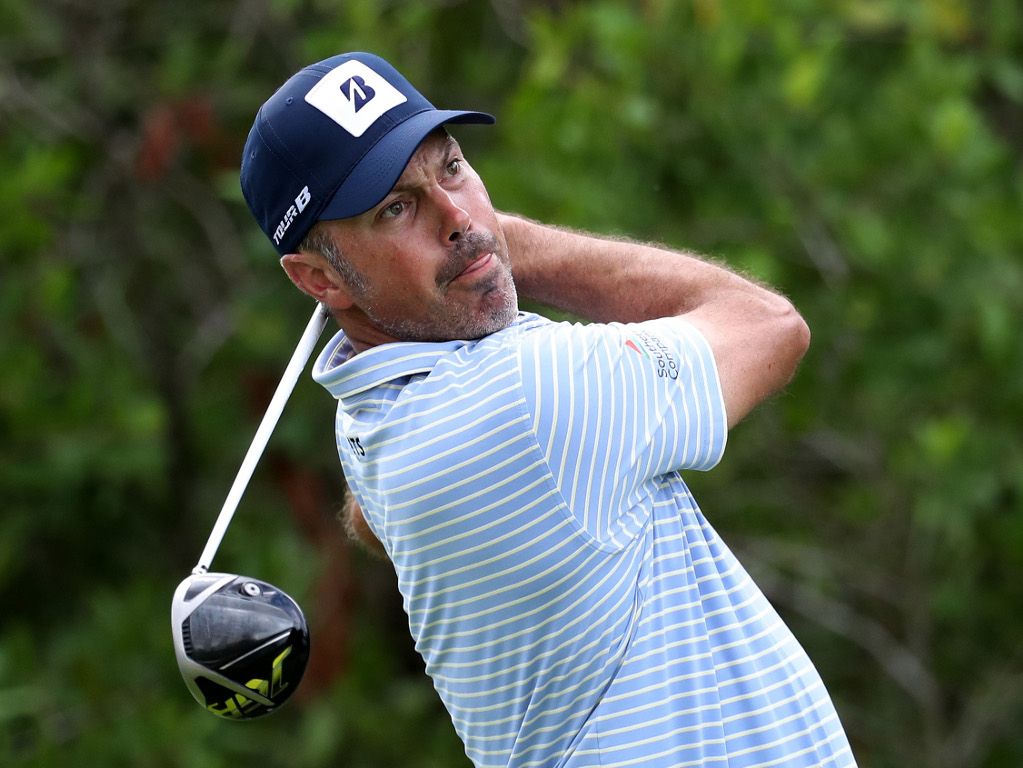 Matt Kuchar, Kramer Hickok and Dominic Bozzelli share the lead after the opening round of the PGA Tour’s Mayakoba Golf Classic.

The American trio all opened with impressive seven-under-par 64s at El Camaleón Golf Club in Playa del Carmen to take an early one-shot lead over a large group at six under.

Kuchar, whose last win came four years ago, made a last-minute decision to make the trip to Mexico and it paid off handsomely, as he missed only two fairways and stayed bogey-free in his seven-birdie 64.

⛳️🏖@PKizzire returns to paradise and the lucky bounces were plentiful in Round 1 at @MayakobaGolf. pic.twitter.com/3Ijgh8kxJ2

It was his lowest opening round on the PGA Tour since the 2017 Phoenix Open.

“It’s an amazing resort, Mayakoba. So to be able to bring the family to enjoy some vacation time, it’s a bit of a working vacation,” Kuchar said. “I had a good time at the office, as well.”

Ride along with @JJSpaun as he bikes his way around El Camaleon Golf Club. 🚴‍♂️🤳 pic.twitter.com/dVcibrvBva

Rickie Fowler was one of 11 players a further shot back after opening 66s.

Playing his last tournament before his wedding, Jordan Spieth had to settle for an even-par 71 – only good enough for Tied-91st on the day.

The three-time major champ had four birdies but also four bogeys, leaving him in need of a solid performance on Friday to ensure he sticks around for the weekend.