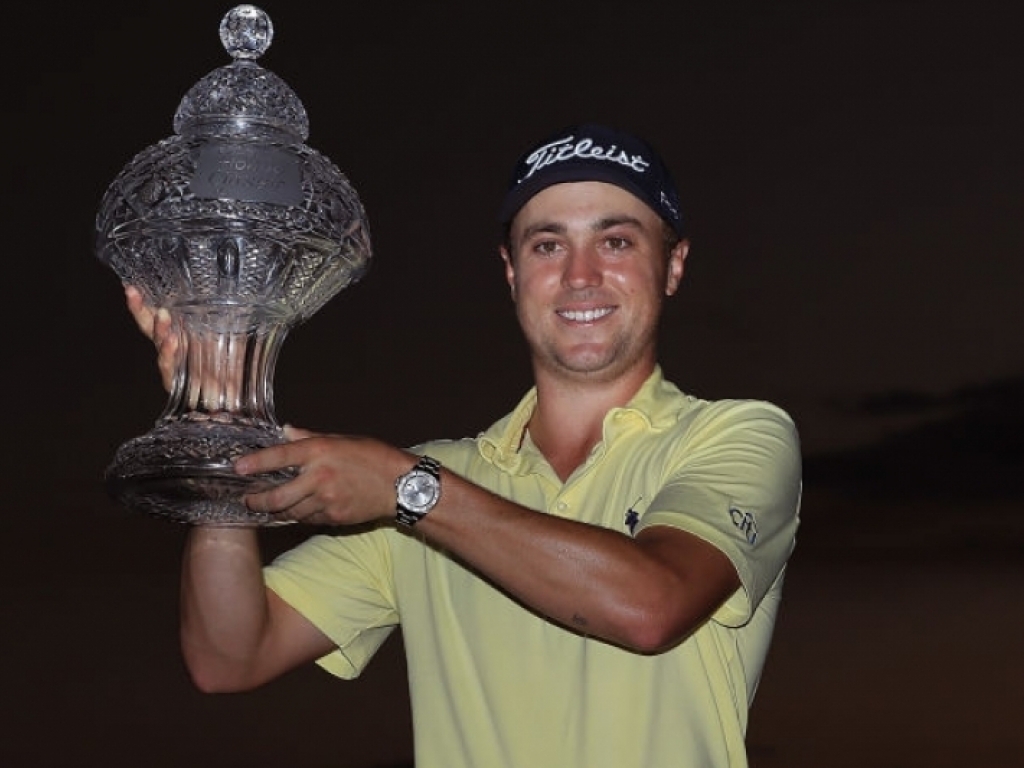 Justin Thomas claimed his eighth US PGA Tour title via a sudden-death playoff win over Luke List at the Honda Classic in Florida on Sunday.

Playing the tough par-5 18th as the first extra hole, Thomas made the green with his second shot and two-putted for birdie, while List managed only a par after his tee shot ended up behind some trees.

Both players has earlier birdied the 18th to finish tied on eight under par, Thomas firing a 68 and List carding a one-under- par 69. Those birdies edged out Sweden’s Alex Noren, who finished in third spot at seven under following a final round of 67.

It was another exciting finish on the PGA TOUR!

The win is Thomas’ sixth US Tour title since the start of last year and moves him up to third in the world rankings, putting him ahead of friend Jordan Spieth for the first time.

The Classic was also notable for a strong performance from Tiger Woods, who continues to make his comeback from several back operations.

Woods recorded an even-par 70 to finish 12th, eight shots behind the leaders.

It was his best finish in an official PGA Tour event since 2015’s Wyndham Championship.

At one point it looked like Woods could put himself in the mix after he went three under after eight holes, but a double bogey at the 15th after finding the water put paid to his chances.

“I feel very happy the way I played the entire week; I really controlled my ball flight and hit the ball really,” Woods said.

“Each and every (tournament), I’m getting better and developing a feel for my playing senses.”