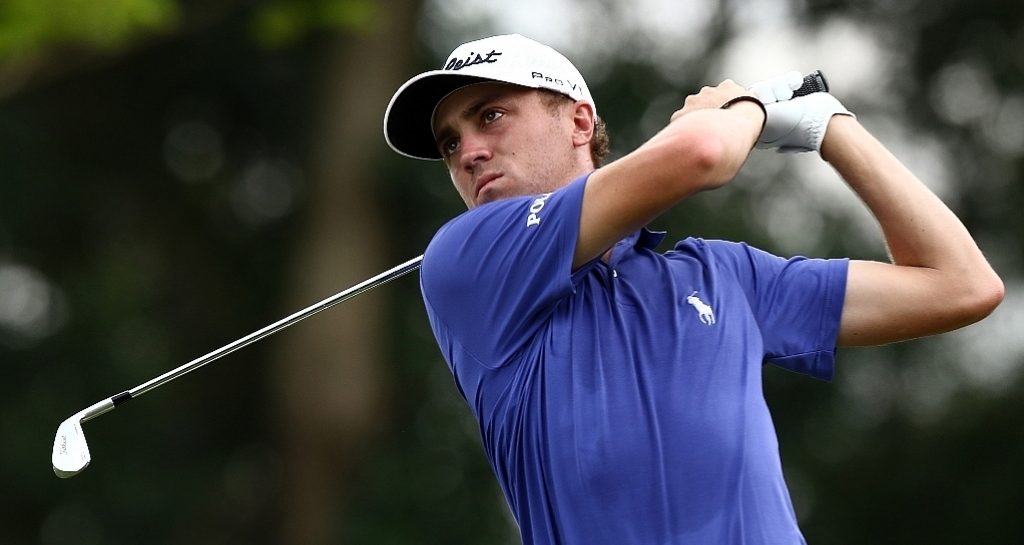 Justin Thomas will take a share of the lead into the final round of the PGA Tour’s CJ Cup in South Korea on Sunday.

The American bounced back from his second round 74 to card a two under 70 in gusty conditions at the Nine Bridges course and was one of only ten players to shoot under par.

The round leaves him on nine under for the tournament, tied with fellow countryman Scott Brown, while Australia's Marc Leishman and Indian star Anirban Lahiri trail by two strokes on seven under.

Thomas’ round could have been even better if it wasn't for a disaster on the  par four eighth, where a double bogey would set him back.

But the 2017 PGA Championship winner would rally to drain three birdies over the next four holes, including one on the massive par five 12th where he would get a lucky bounce and end up no less than 461 yards down the fairway.

Further down the leaderboard is local hopeful Whee Kim, who’s even par 72 saw him stay in six under, tied for fifth with Australian Cameron Smith and Lucas Glover.

Former world number one Jason Day signed for a 71 to take him to T16 going into Sunday’s final round, where even more wind is expected.