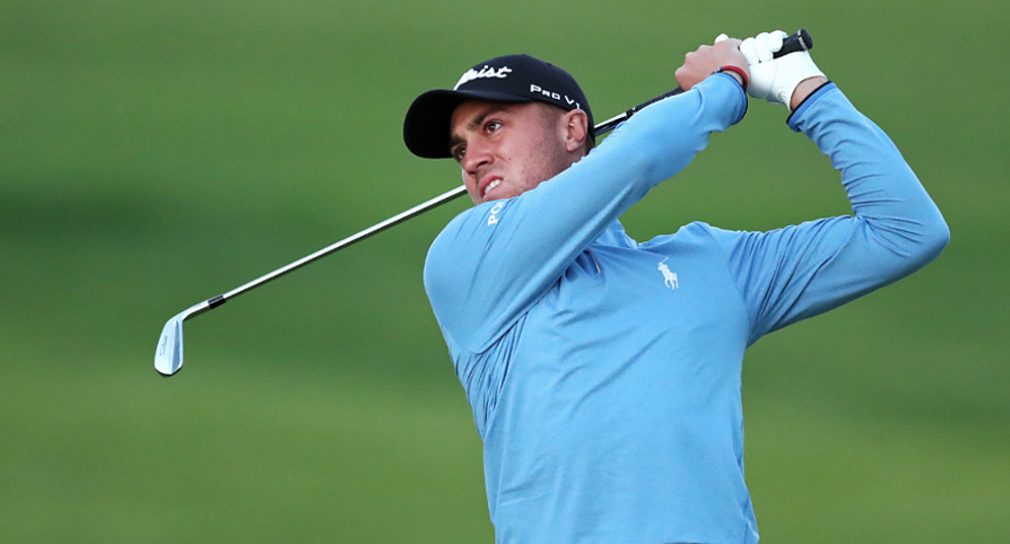 Justin Thomas holds a one-stroke lead over Adam Scott but play was suspended due to darkness with the players yet to complete their third rounds at the Genesis Open.

Former world number one, Thomas is 13 under par having only played two holes in his third round before play was suspended due to darkness.

He takes the outright lead at -13.#QuickHits pic.twitter.com/TgS4LtZtFX

Adam Scott is one shot behind the leader also still having to complete round three, the Australian is 12 under after also having played two holes.

A shot further back is the American pair of J. B. Holmes and Patrick Rodgers while Michael Thompson sits on 10 under par.

Tiger Woods though stole the show on Saturday as he began his third round with birdie, eagle, birdie, birdie to shoot on to the first page of the leaderboard.

The 14-time major winner, who is six under for the tournament, still has 11 holes to play in his penultimate round having earlier finished on a 72 in the second round to just make the cut.

Less than two minutes later, @PhilMickelson matched him with an 🦅 of his own on No. 10.#LiveUnderParpic.twitter.com/A76jVReCRZ

Rory McIlroy is also still in with a shout as the Northern Irishman is eight under having completed three holes in round three.

Officials of the tournament are confident of having a Sunday finish with players preparing for long day as they basically have to complete two rounds of golf.