Justin Thomas and Adam Scott on top at weather-affected Riviera 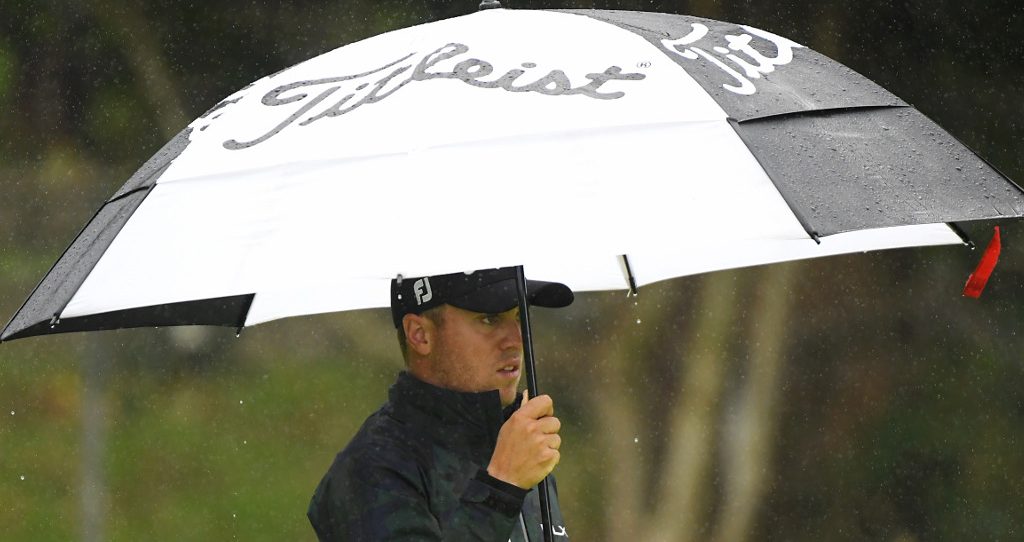 Justin Thomas and Adam Scott share the lead halfway through the second round at a rain soaked Genesis Open on Friday.

The pair are tied on ten under for the event at a wet and cold Riviera Country Club, midway through their second rounds after a long day. Neither got to play competitive shot on Thursday, so Friday entailed a slog of 30 holes in difficult conditions.

The pair both signed for five under 66s before heading back out. Scott was the more consistent of the two, rolling in 11 birdies and a solitary bogey on the par five 17th on his second effort. Thomas signed for 14 birdies after taking advantage of the soft greens, but he still lamented the trying conditions.

“My legs are tired, so I just need to go home and rest and get some food and try to go to sleep early as I can.”

One shot behind on nine under is the big-hitting JB Holmes, who’s sizzling 63 was the lowest opening round thanks to an ace on the par three sixth. The American has nine holes left of his second round.

All that and more in Friday's Takeaway. 👇 pic.twitter.com/DLeArvDxyC

“Hit it exactly how I wanted it and it went in,” quipped the Kentucky native.

“It looked good the whole time.”

Clearly Mr Holmes is a man of few words.

Meanwhile, first round co-leader Jordan Spieth would finish his opening round early on Friday, carding a flawless seven under 64 with four gains on the front nine and three coming home.