The ugly stats behind Rickie Fowler’s win in Phoenix 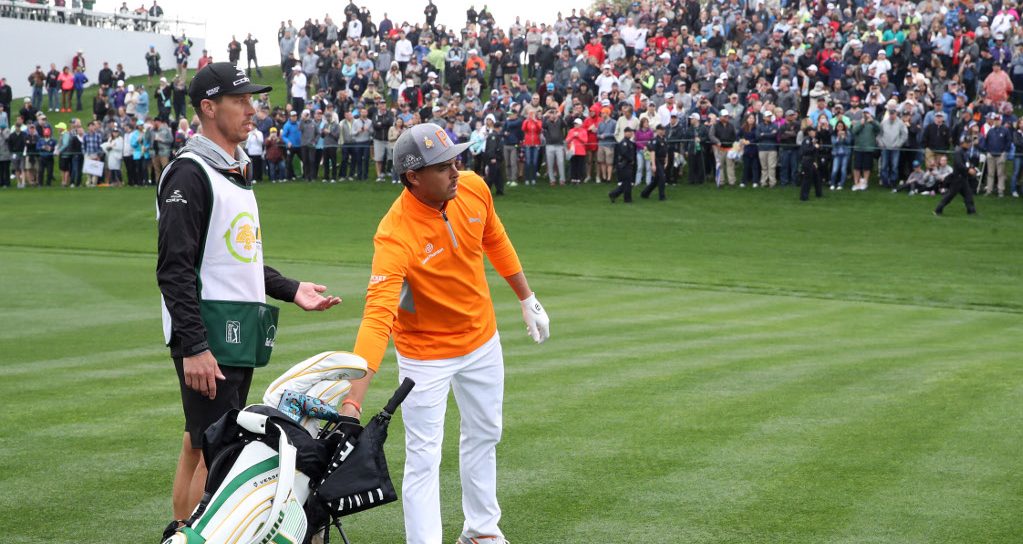 Rickie Fowler’s victory at the Waste Management Phoenix Open certainly won’t go down as one of his best.

The American’s 74 on Sunday was the highest final-round score by a winner in the event’s history, and nine shots higher than his previous worse score of the week at TPC Scottsdale, but that’s just the start of it.

His final round was the sixth-worst score of the day, and it turns out Fowler has made a bit of a habit of limping to victory. In fact, he has yet to break par as a 54-hole leader, despite boasting five PGA Tour titles to his name.

Meanwhile, Golf Channel’s stat guru Justin Ray points out that Fowler had the worst ball-striking performance of any winner in the strokes gained era since the stat was introduced back in 2004 – and it’s not even close.

Having gained 11.263 shots on the field from tee-to-green over the first three rounds (an average of 3.754 per day), Fowler lost nearly six shots in that area on Sunday alone.

Worst strokes gained tee to green in final round of a @PGATOUR win since ShotLink tracking began in 2004:

Still, it’s worth pointing out that Fowler was able to produce some magic on the greens when it mattered, like that 17-footer he drained to “only” make triple-bogey at the 11th.

And despite his tee-to-green woes, he was also able to produce two clutch shots down the stretch, finding the green in two at the par-5 15th and driving the 17th green.

Both shots led to birdies, and enabled him to hold off Branden Grace and clinch the victory.

Ultimately, Fowler delivered when it mattered most, and the history books will be far less concerned with the manner of his win than the win itself.