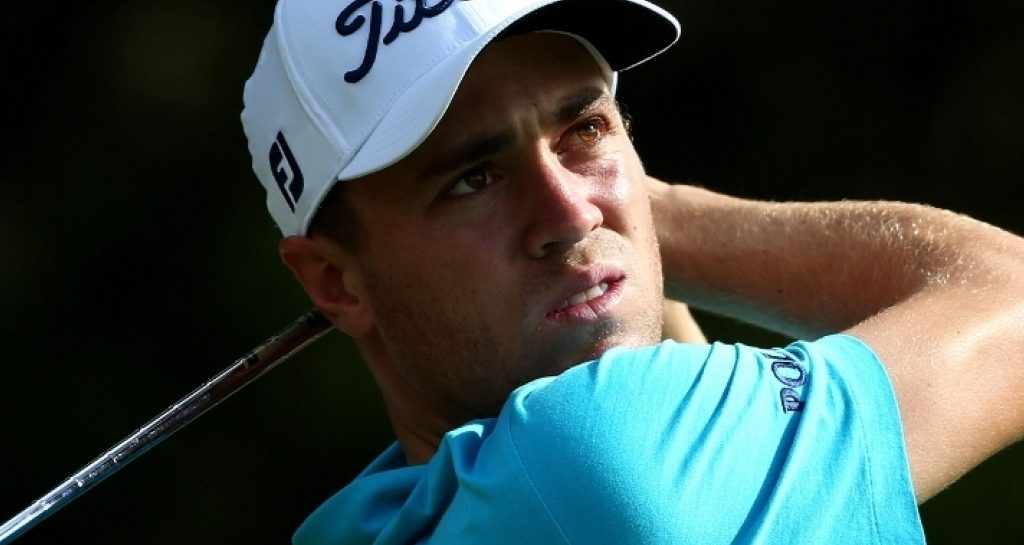 Justin Thomas has a three stroke lead after the opening round of the The PGA Tour’s CJ Cup in South Korea on Thursday.

The American was superb around the Nine Bridges Golf Club, ironically signing for a nine under 63, enough for a three stroke lead over a host of players on six under, including Ryder Cup teammate Patrick Reed and Australia’s Marc Leishman.

Starting on the back nine, he made up for his opening bogey with an eagle on the par five 12th after a great second shot.

But Thomas, wasn’t done there as he drained four consecutive birdies, which included a hole-out from a greenside bunker on the 15th, capping it off with another eagle on the par five 18th to make the turn in just 29.

The 2017 FedEx Cup winner then managed three birdies and a bogey on the front nine as he surged into the outright lead.

"I had a seven-hole stretch there where I sort of went unconscious."

“There was a seven-hole stretch where I just went unconscious,” quipped the 24-year-old after the round.

Meanwhile, Reed also enjoyed some classy moments around the course, chipping in for birdie on the par four tenth from a rather deep bunker.

Further down the leaderboard is former world number one Jason Day, carded a four under 68, five shots behind Thomas.