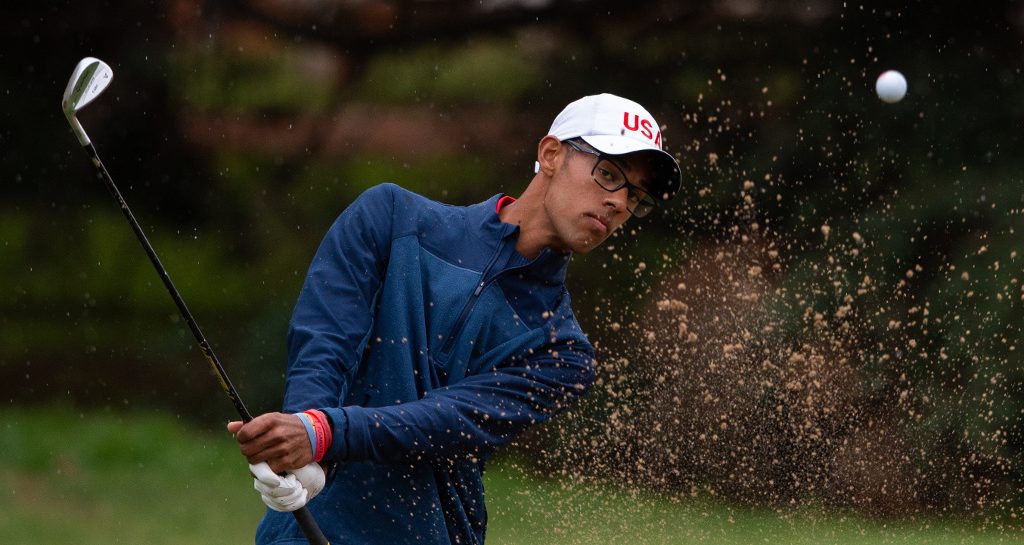 Teenage golf phenomenon Akshay Bhatia will make his PGA Tour debut at the Valspar Championship on Thursday, with plans to turn pro later in 2019.

The lanky 17-year-old lefthander from North Carolina has experienced a whirlwind amateur career that many onlookers have described as ‘Tiger-esque’.

His career highlights thus far include a silver medal at last year’s Youth Olympic Games in Buenos Aires, the 2018 US Junior Ryder Cup title and the 2017 and 2018 Boys Junior PGA Championship.

In 2017, he won the Junior PGA by three strokes, shooting a course-record 61 and breaking the old 72-hole tournament record by five strokes.

He also won the Jones Cup last month in a playoff and captured the Dustin Johnson World Junior Championship earlier this month in South Carolina.

No. 1 junior in the country, 17-year-old Akshay Bhatia, speaks with the media before his PGA TOUR debut 🎤 https://t.co/MXXqIOwurn

“I have so much self-belief in what I do,” said Bhatia, who plans to skip college in favour of turning pro. “I’m stepping up and performing at the level I need to perform. I feel like I have a really good plan and I’m ready to do it.”

Ahead of his PGA Tour debut, Bhatia got the chance to practice with Spanish star Jon Rahm and have a chat with World No 1 Dustin Johnson.

“It’s cool because I’m slowly building relationships out here and for the future,” he said. “It’s going to be great just to lean on them a little bit.”

Bhatia will start in the last group off the 10th tee at the Innisbrook Copperhead course in Florida on Thursday thanks to a sponsor’s exemption.

He hopes to become the first US high school player in September’s Walker Cup, before turning professional afterwards.

“I think I have a pretty good game plan as far as turning pro and my scheduling going forward,” he said.