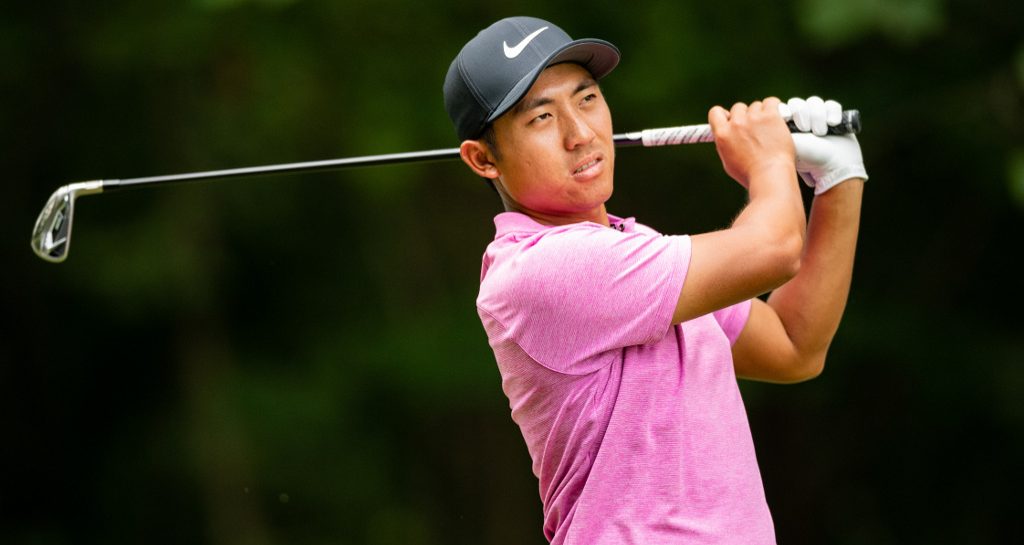 Taiwan’s Pan Cheng-tsung held off Matt Kuchar to capture his maiden PGA Tour title at the RBC Heritage on Sunday.

The 27-year-old, a former two-time winner on the PGA Tour Canada, fired a final-round four-under par 67 at Harbour Town in Hilton Head, South Carolina, to finish one stroke clear of Kuchar on 12-under 272.

“Dream come true,” Pan said. “It’s something when I was younger I always dreamed of. It just means everything to have a win on the PGA Tour.

“It means the world to me. I’m really happy I finally did it.”

Lucky number 7.@CTPanGolf is thankful to be the seventh first-time winner on TOUR this season.#LiveUnderPar pic.twitter.com/EExxNDYVNs

Pan, who was ranked 113th going into the tournament, can now expect his world ranking to rise much higher as a result of the win, while his PGA Tour status is now secured through the 2020-21 campaign.

He’ll also be making his first trip to Augusta next year, and his first appearance at the PGA Championship next month at Bethpage Black.

Sunday’s final round essentially came down to a back-nine shootout between the leading players in contention, and Pan put himself in the lead with birdies at nine, 10 and 12.

Moments after, Lowry made a double-bogey on 12 to fall three shots behind Pan, who was also two ahead of Kuchar.

The American then moved into a share of the lead after birdying the 15th as Pan made bogey on the same hole following a series of errant shots.

“I hit four bad shots and I got away with a bogey,” Pan said. “I knew I had to get more birdies coming in to make sure I had the W.”

But another birdie on 16 gave Pan the edge, and while Kuchar, Cantlay and Lowry all had chances on the closing holes to catch him, they couldn’t make their birdie efforts drop and two solid pars on 17 and 18 was enough to see him home.

“Congrats to CT Pan for finishing off strong like that. These were some tough holes here,” Kuchar said. “It was a great run. I can’t tell you how much fun it was to get into contention on that back nine.”

Meanwhile, World No 1 Dustin Johnson started the day in the lead but a final-round 77 put pay to his chances and he eventually finished way down in 28th.

What a week at @RBC_Heritage: