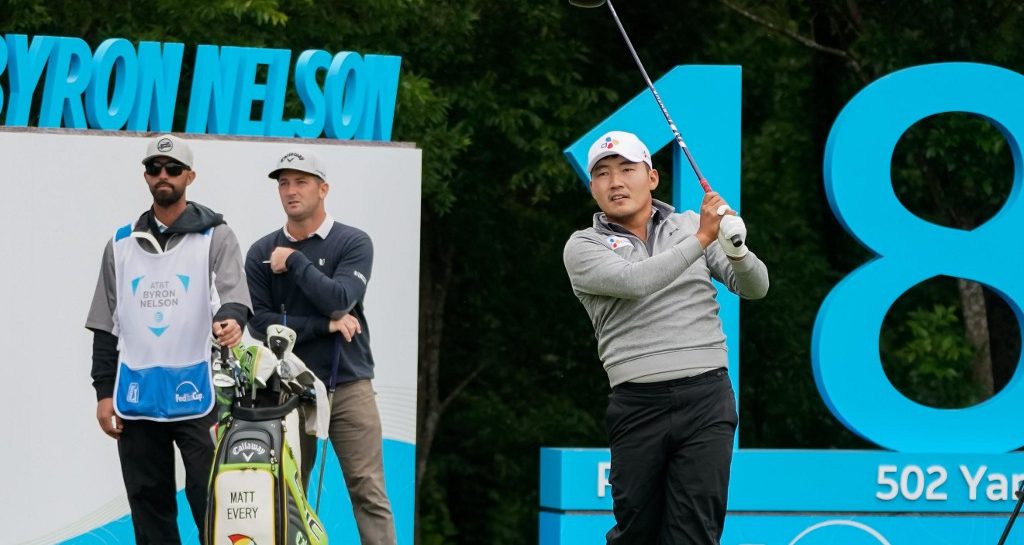 South Korea’s Sung Kang will take a formidable four-shot lead into the weekend at the AT&T Byron Nelson after firing a bogey-free 10-under par 61 on Friday.

The 31-year-old, who is chasing his first PGA Tour title, followed up an already impressive opening 65 by going four strokes better in the second round at Trinity Forest Golf Club to race to 16 under par for the tournament.

That put him four strokes clear of nearest challengers Matt Every and Tyler Duncan, who shot a 65 and 66 respectively, and a further stroke ahead of Brooks Koepka, who also had a 66.

“It was perfect and awesome,” Kang said. “I live in Dallas, about 30 minutes from the golf course, and I’ve never seen weather like this in May. I knew it was going to be cold and windy so I really tried to prepare for how far the ball was going to go this morning and it worked out great.”

Kang’s round included six birdies in a row, starting from the par-four fifth when he landed his approach just inches from the cup.

The birdie that tied the course record 61 …

Kang had a chance to shoot 59, although it was never really on his mind.

“I hadn’t thought about 59,” he said. “I thought it was pretty far away until I finished.”

Rory Sabbatini is in solo fourth after shooting a 65, while Scotland’s Martin Laird shot a 66 to share sixth place a further shot back with Beau Hossler.

Former Dallas Cowboys quarterback Tony Romo shot a three-over 73 in the second round to miss the cut.