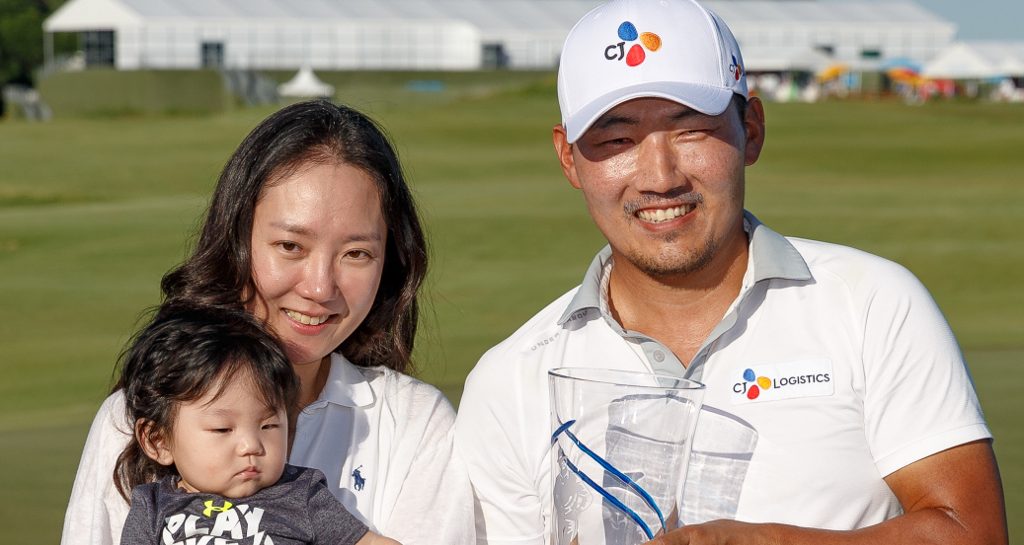 South Korea’s Sung Kang captured his maiden PGA Tour title at the AT&T Byron Nelson on Sunday after a closing four-under-par 67 handed him a two-stroke win.

Kang fired seven birdies on day, including one from 23 feet away on the 15th to take the lead for the last time following a marathon final day that saw the leaders complete 27 holes as a result of Saturday’s six-hour weather delay.

From South Korea to Texas. 🇰🇷🏆

We have a winner @ATTByronNelson.

“I’m so happy right now,” Kang said after finally tasting victory in his 159th start on the PGA Tour.

“Yesterday we finished too late. I didn’t have time to sleep much, only slept about three hours.”

Knowing he was lacking sleep, Kang decided to take the pressure off himself.

“I just wanted to be chill and having some fun and then when my turn came just try to really focus in — and it worked out great.”

American duo Matt Every and Scott Piercy shared second place two shots back after rounds of 66 and 64 respectively.

Every held the overnight lead, and fought Kang all the way, but a bogey at 16 halted his momentum and allowed Kang a bit of breathing room down the stretch.

On the eve of his PGA Championship defence, World No 3 Brooks Koepka mounted a strong finish, closing with a six-under par 65 to finish alone in fourth.