Stricker and O’Hair find the mark in shootout 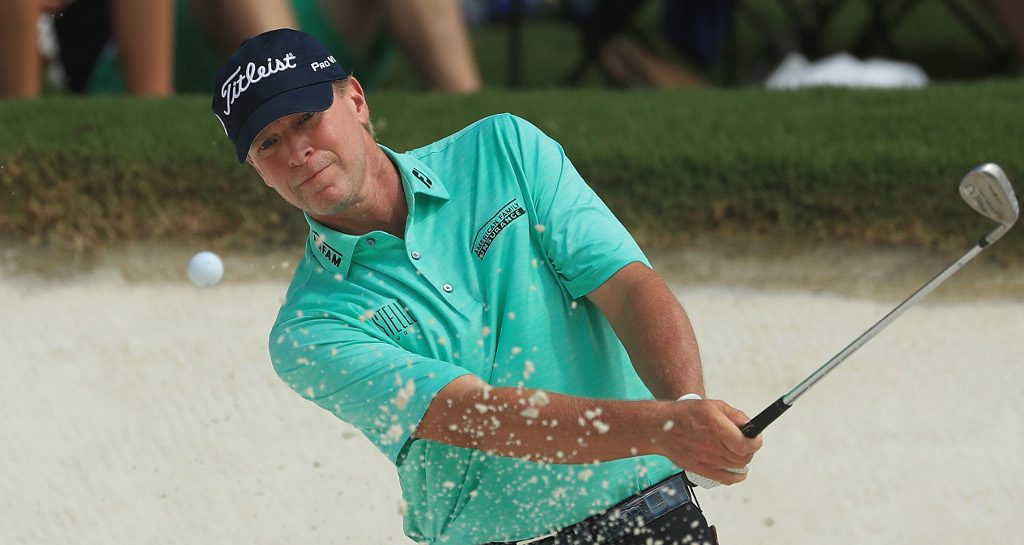 Steve Stricker and Sean O’Hair produced some seamless team play at the QBE Shootout after taking a one-shot lead in Florida.

The duo know what it takes to win the Greg Norman-hosted event, albeit their previous triumphs have come with different partners – Stricker in 2009 with Jerry Kelly and O’Hair in 2012 with Kenny Perry.

Those experiences clearly benefited them on the opening day of the competition on Friday, as they vie for the $820,000 prize fund.

"Steve is just automatic from 15 feet and in," O'Hair said.

"It just was a matter of getting it somewhat close. The game plan was I was going to putt first and he was going to get a good look at it and 95 percent of the time there's a chance it's going to go in.

“It's pretty easy when you have a partner that putts like that."

The pair are one ahead of Keegan Bradley and Brendan Steele – who shot 12 birdies and an eagle – while Bubba Watson and Brandt Snedeker are two back in third.

From 207 yards …@Lexi Thompson plays an impressive approach at No. 12.https://t.co/ZCbG4yPfYf pic.twitter.com/OubD27rPY2

For the second successive season, Lexi Thompson is the only woman in the field, alongside partner Tony Finau.

They are six shots adrift of Stricker and O’Hair in joint ninth after a nine under round.