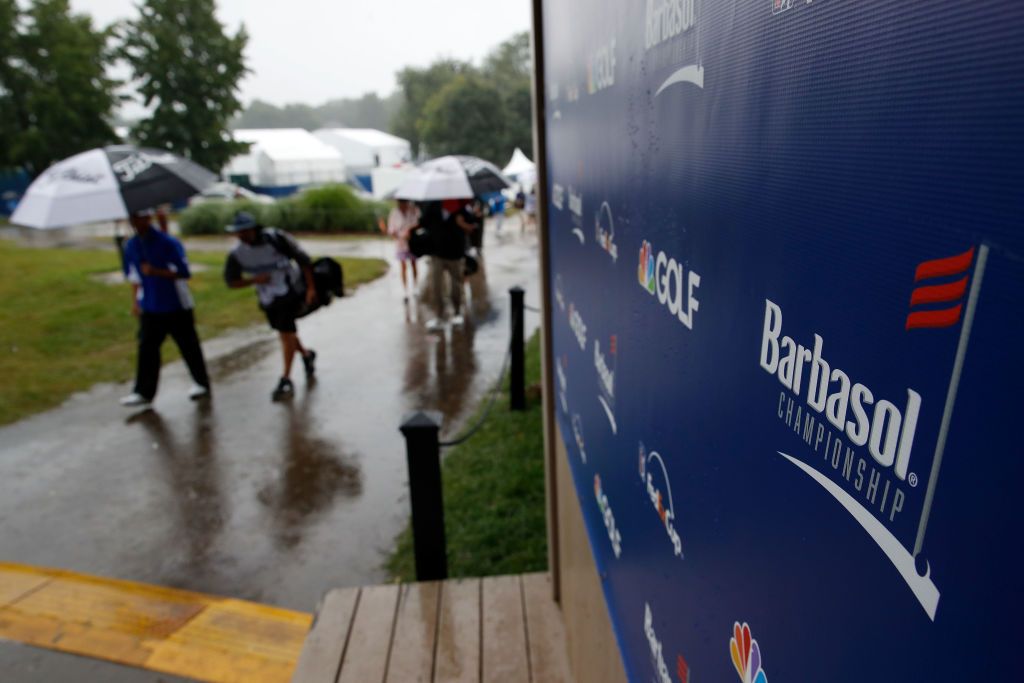 The final round of the Barbasol Championship will take place on Monday morning after thunderstorms caused play to be halted.

A third and final stoppage of play at Champions Trace in Kentucky came with the four co-leaders yet to start their final round.

Hunter Mahan, Robert Streb, Tom Lovelady and Troy Merritt are tied for the lead at 18-under par.

Play will resume at 7:30 am local time on Monday morning.

Heavy rain and lightning caused stoppages throughout the day as play was halted in the afternoon to clear water from the course.

Bad weather has affected the tournament all weekend with Friday’s second round also postponed until Saturday morning due to thunderstorms.

It will be the PGA Tour’s second Monday finish of the season after the finale of January’s Farmers Insurance Open was delayed by bad light.