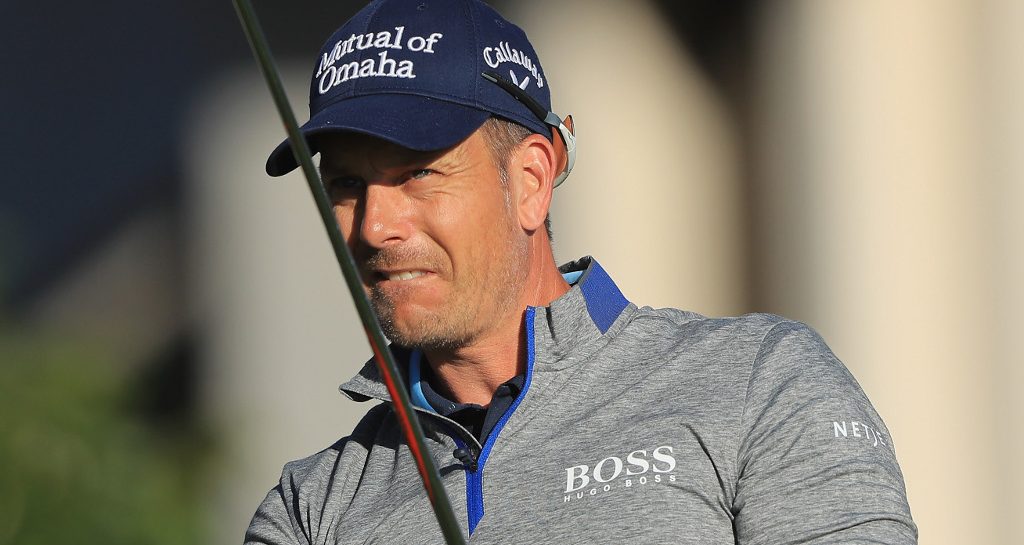 Henrik Stenson remains at the top of the leaderboard at the halfway point of the Arnold Palmer Invitational, but Tiger Woods has fallen out of contention.

Overnight leader Stenson was blemish free on his second day at Bay Hill and although he was unable to match his birdie blitz from his opening round 64, he still carded a solid 69.

The former Open champion started his round with 13 consecutive pars, but then sank three successive birdies – the last of which was a perfectly-weighted 20 foot putt at the seventh.

That moved Stenson to 11 under overall and kept him in top spot, alongside Bryson DeChambeau, who finished with a 66.

No lead is safe from the shank. pic.twitter.com/1lCYOgXu5f

"I made some great par putts and a bunker up-and-down, so that was really key today to keep the round going," Stenson said.

"I didn't drop a shot, where I could have easily dropped three shots on those holes. So that was crucial."

DeChambeau earned a share of the lead after grabbing an eagle at the 16th, followed by a sixth birdie of the day at the last.

The American and Stenson boast a two-shot advantage over Talor Gooch, who recovered from bogeys on the first two holes with a run of five birdies in seven holes. South Korea's An Byeong-hun is a shot further back at eight under.

Tiger Woods closes with a par on No. 18 for an even-par round of 72.#QuickHits pic.twitter.com/BmP2maMinV

Woods is seven off the pace after he was unable to follow up his positive opening round.

The 14-time major winner was two-over after his front nine, but at least managed to salvage some hope on the back nine with birdies at the 12th and 16th, that saw him finish with a 72.

Elsewhere, Rory McIlroy shot a two-under-par 70 to lie on five under. That’s six shots back but still tied 11th, while Justin Rose is a further shot back alongside Woods after a 71.