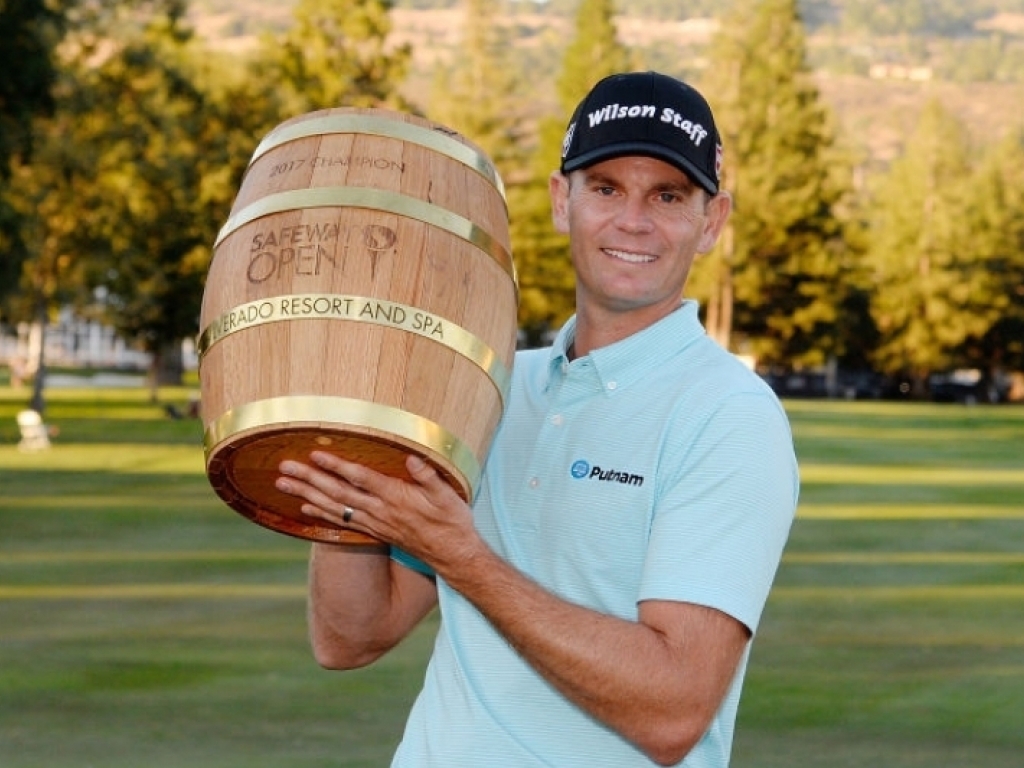 Brendan Steele shot a final round 69 including birdies on two of the last three holes on Sunday to defend his title at the Safeway Open.

Steele finished 15 under at the Silverado Resort and Spa for a third PGA Tour win, ending two shots ahead of second-placed Tony Finau.

Steele, who won here last year thanks to a final day 65, needed no such heroics this year as three birdies going out saw him pull away from the field. He was never in danger after that despite bogeys on the 12th and 14th.

Finau, meanwhile, started the final day like he meant business, with an eagle on the fifth hole and two more birdies before a double-bogey on the 14th put paid to his hopes. A birdie at the par-5 18th after a huge drive was too little, too late.

Fresh from a good showing at last week’s Presidents Cup, Phil Mickelson got his 2017-18 season off to a great start with a T3 as he finished at 12 under alongside with Chesson Hadley. Mickelson had five birdies and three bogeys in his round of two-under par 70.

Hadley, who had broken the course record with a 61 on Friday, birdied the 16th and 17th to tie with Mickelson.

Overnight leader Tyler Duncan finally began to feel the heat, opening with three straight bogeys. He slipped down the leaderboard with a three over 75 to finish in a tie for fifth at 11 under with Canada’s Graham DeLaet.