Spieth shares the lead after weather-hit opening day at Riviera 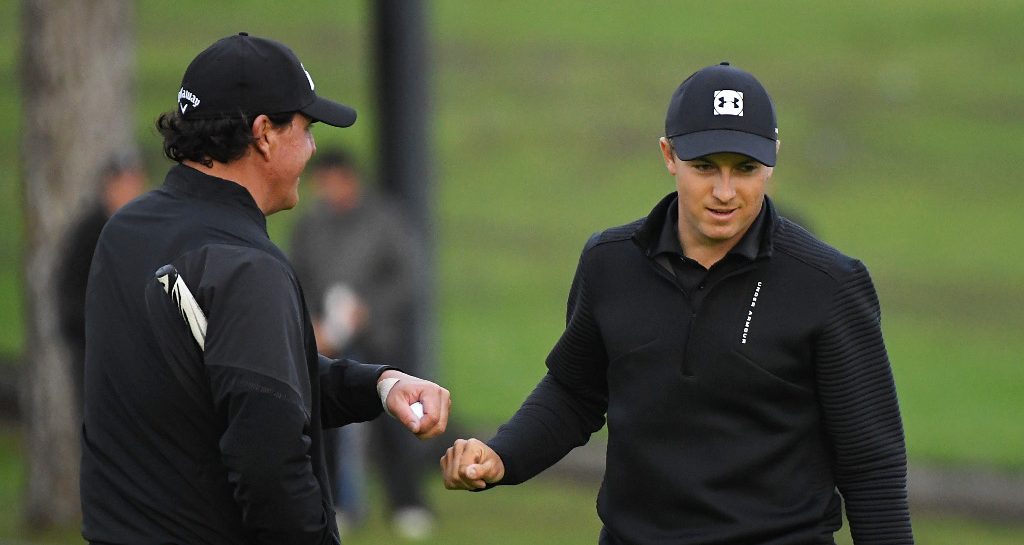 Thursday’s opening round saw organisers take the unusual route of nullifying some scores that had already been posted prior to heavy rain bringing a first halt in proceedings.

Phil Mickelson, who made an unlikely par at the 10th hole after fighting his way out of three separate bunkers, was one of the players who saw his early score expunged, along with playing partner Spieth.

Play eventually resumed, but only for a short while, leaving many players – Tiger Woods and Rory McIlroy included – still in the clubhouse waiting to start their rounds when bad light brought a halt to proceedings.

“Given I went cart path to cart path to junk on the first start, and then we got to re-start the round — I went from kind of being unfortunate to fortunate,” said Spieth, who birdied the three par-fives and also chipped in twice for birdie.

“Played the par-fives well. Really solid start, but certainly got some good breaks.”

Playing alongside Spieth, Mickelson was one over through 12 holes after his do-over.

Kang had three birdies in his first six holes and then chipped in for eagle at 11.

“It didn’t bother me at all today,” Kang said of the bad weather.